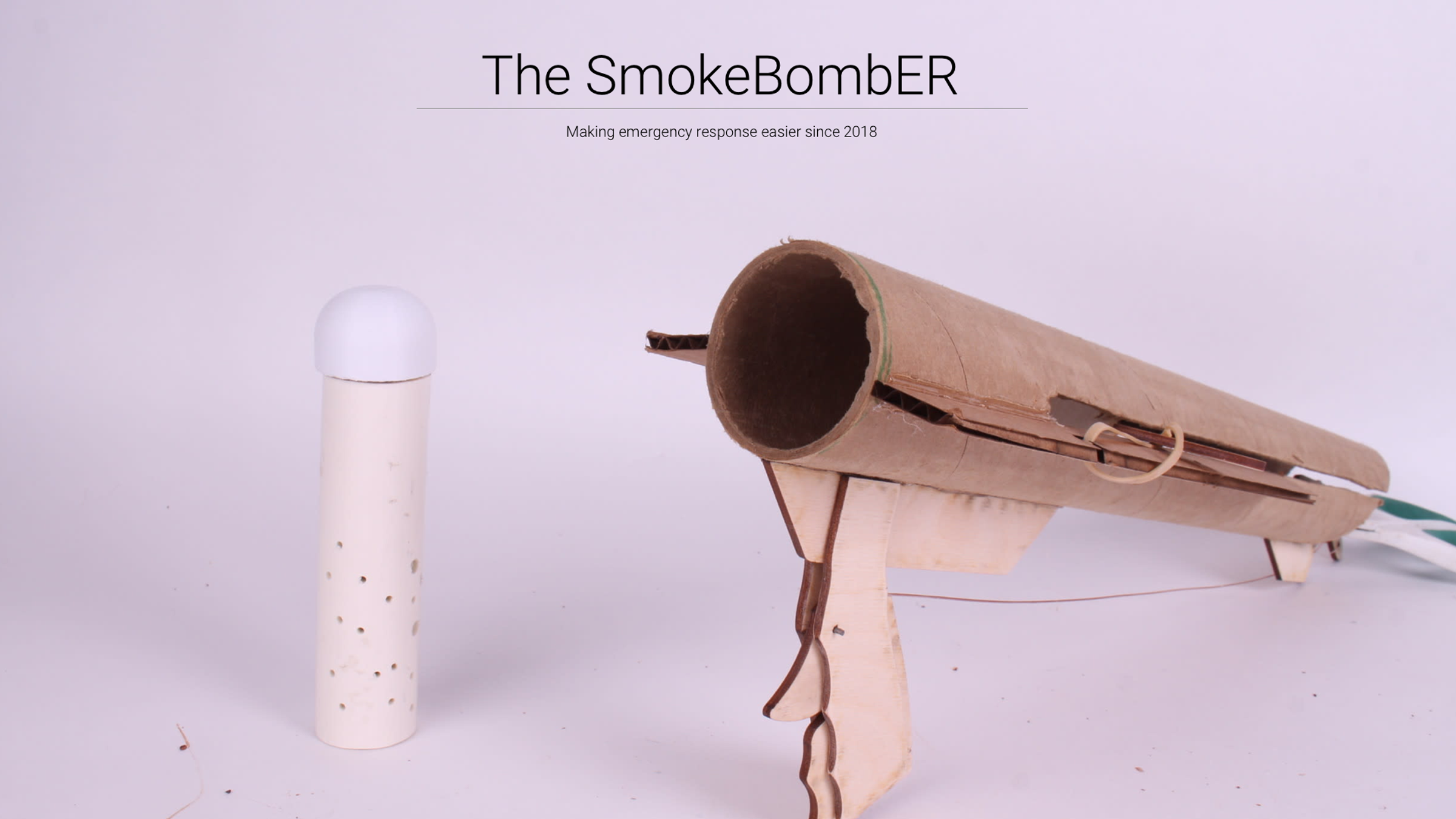 Aveen: SmokeBombER is a cheap smoke bomb launcher that can be used signal for help using highly available resources in disaster scenarios such as the recent tornados in Puerto Rico and Florida. The SmokeBombER can be made on a laser cutter or by hand (with a template) and then packed into a cardboard tube; this makes it easy to mass produce and allows simple delivery by air or land. Unlike other, more industrial, launchers, this launcher doesn't need a self-propelled cartridge to launch the payload into the air for an easy "DIYable" smoke bomb that can be made with various household ingredients. To make a smoke bomb, the user simply mixes an oxidizer (ammonium nitrate from ice packs, potassium permanganate or chlorine from pool supplies), sawdust, and machine oil (easily salvageable from cars), and packs it into a small provided cartridge then, using a fuse, the smoke will be released. Once launched, the cartridge will unravel a parachute that will slow the descent of the smoke bomb, allowing for easier spotting by emergency services. There was a worry that the SmokeBombER could be used with a malicious intent, however, unlike a flare, this device doesn't use phosphorus burning at 2000F and instead uses a harmless PVC cartridge that could at the most bruise.