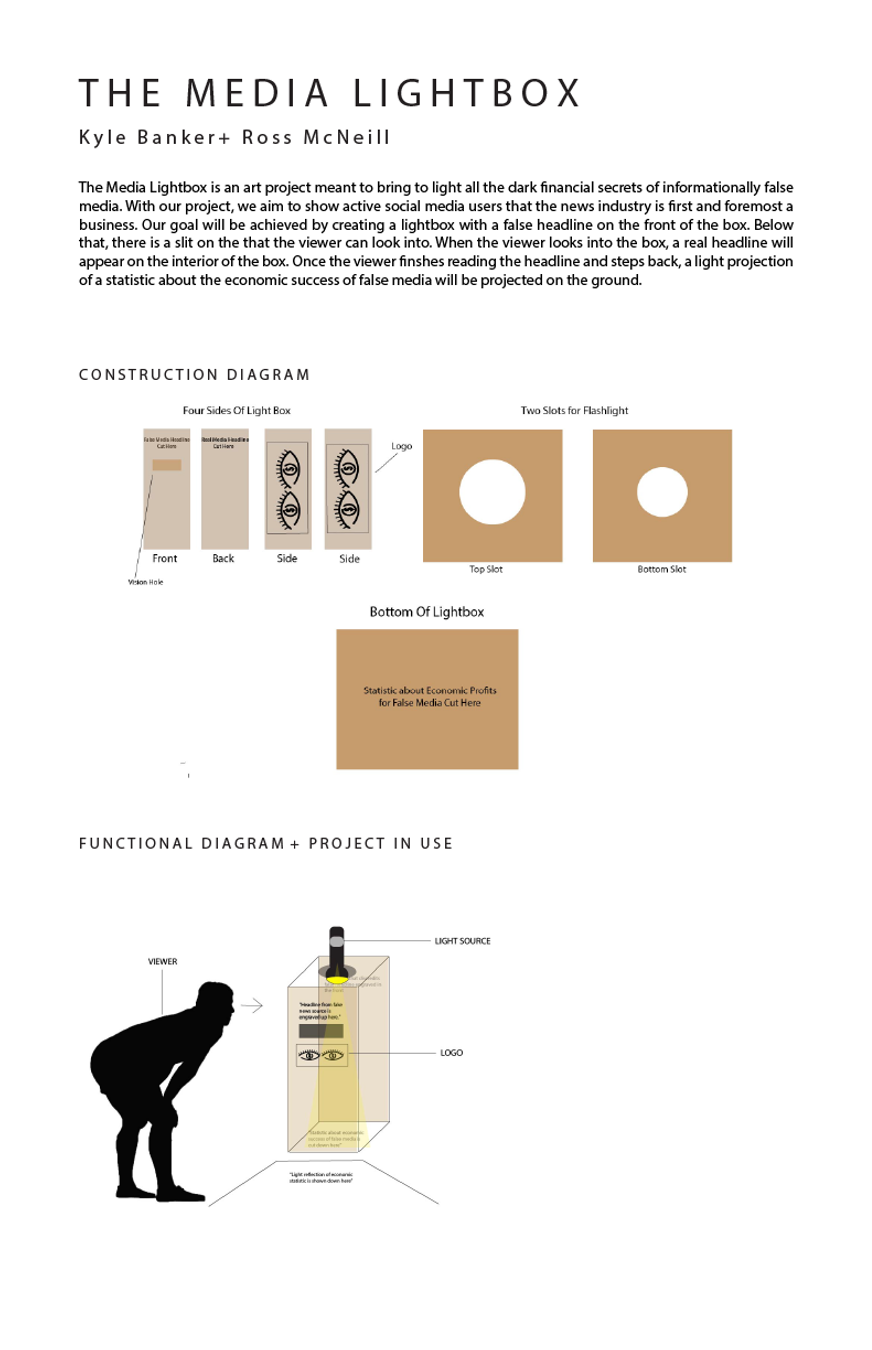 False news has become a staple in the modern media business because it is more profitable than reliable news. Often times fake news is eye-catching and outlandish which draws many people to it just based on each headline.  Additionally, Media outlets are starting to use false media to alter truth rather than make something up from scratch,  this causes false news to become more believable. False news is beginning to pose a threat to our democracy as consumers change their actions, beliefs, and social media posts to align with the skewed views of fake articles. This project is meant to bring to light the dark financial secrets of media companies and show people that news is a business with a strong profit motive.

The media lightbox will be viewed by many people who simply walk by the box that is attached to a street sign or post.   The media box is a rectangular prism with eye slits and a false news headline on the front that when looked in, The viewer is presented with something discrediting that headline. After they step back there is a projection of statistics of the economic benefits.  People who stop to look through the eye holes will be presented with information that will bring the dark side of media to the light. When enough people realize that fake news is generated for economic profit, they will be more careful about spreading it, those who generate it will profit less, and its prevalence will wane. 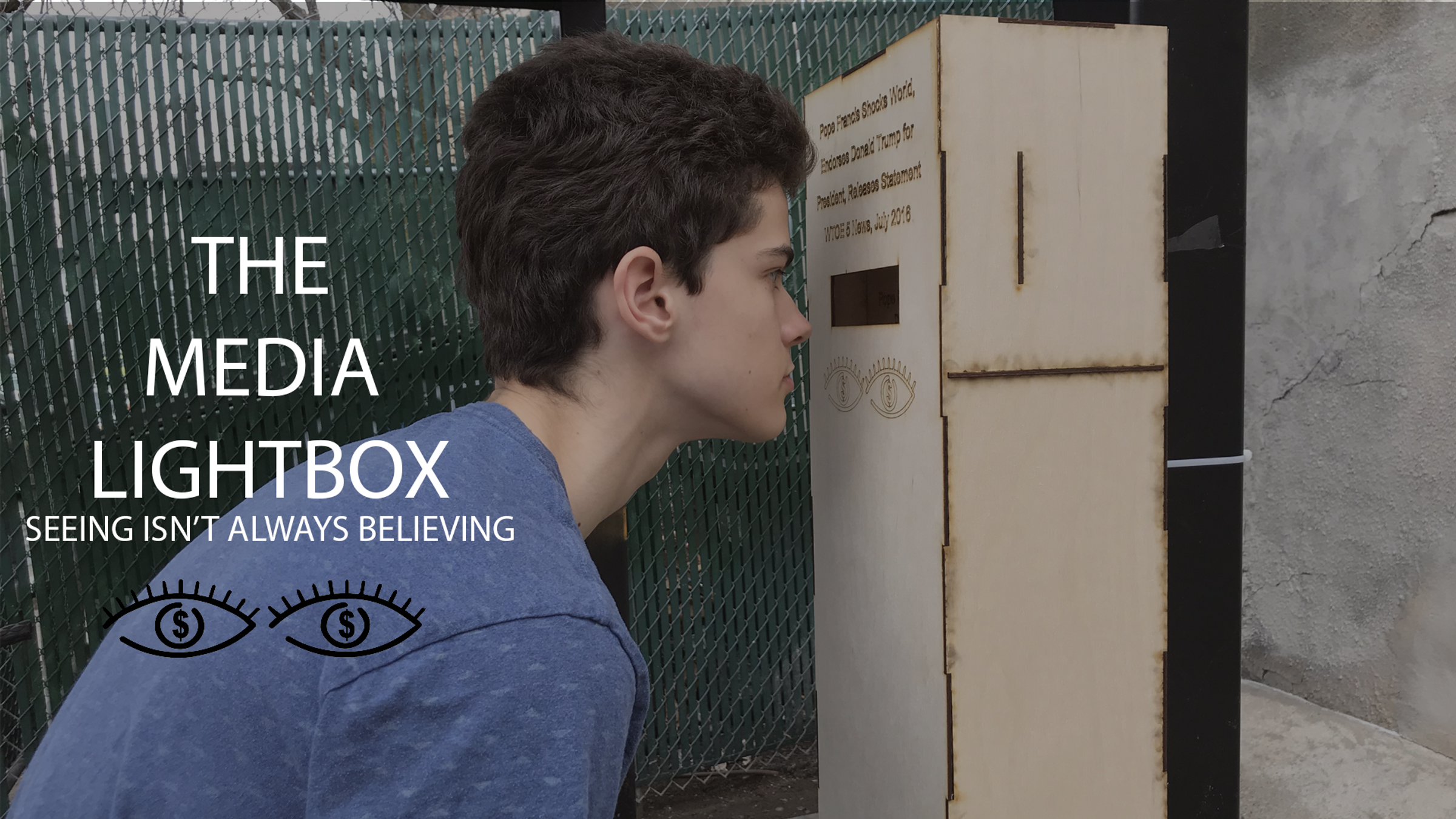 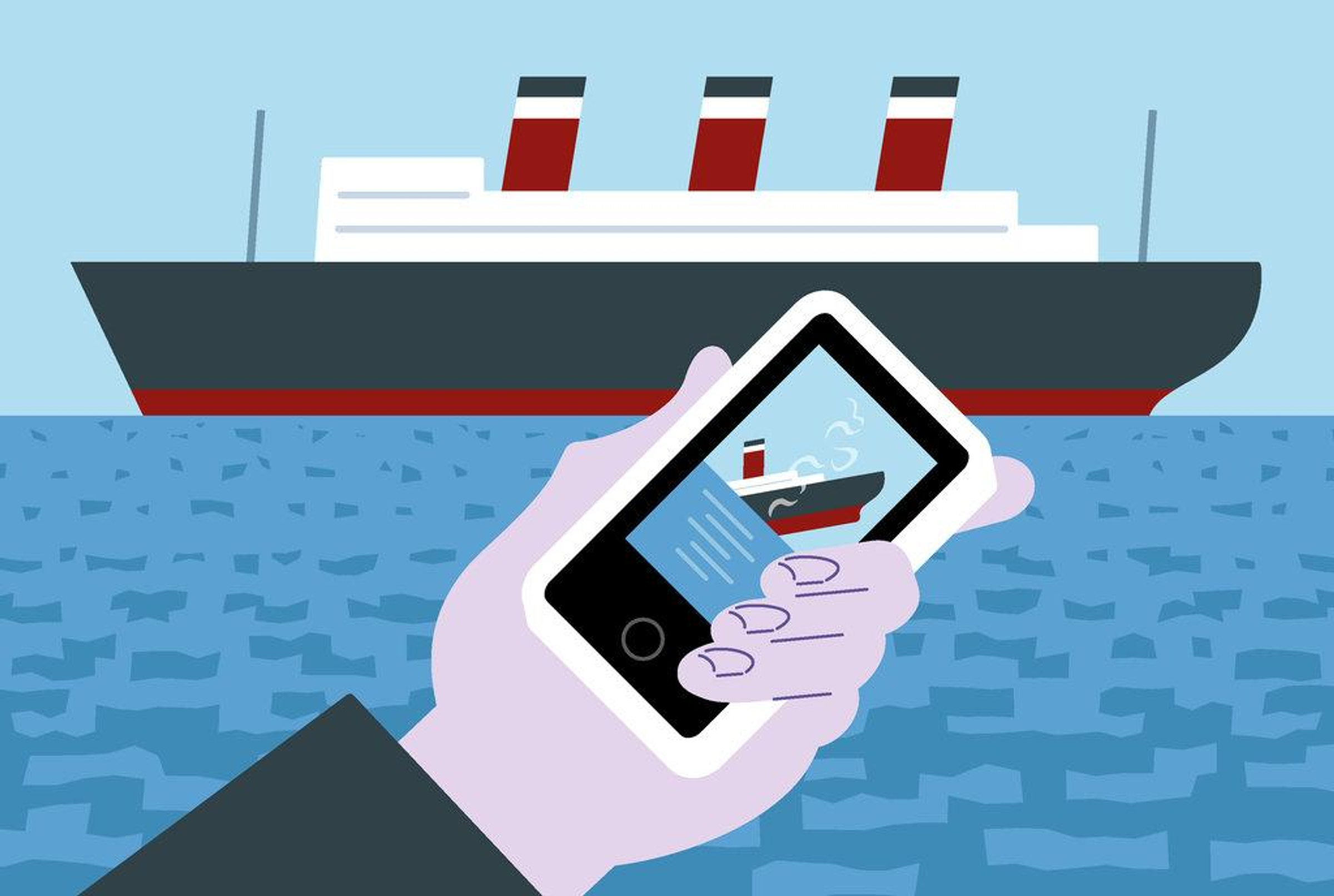