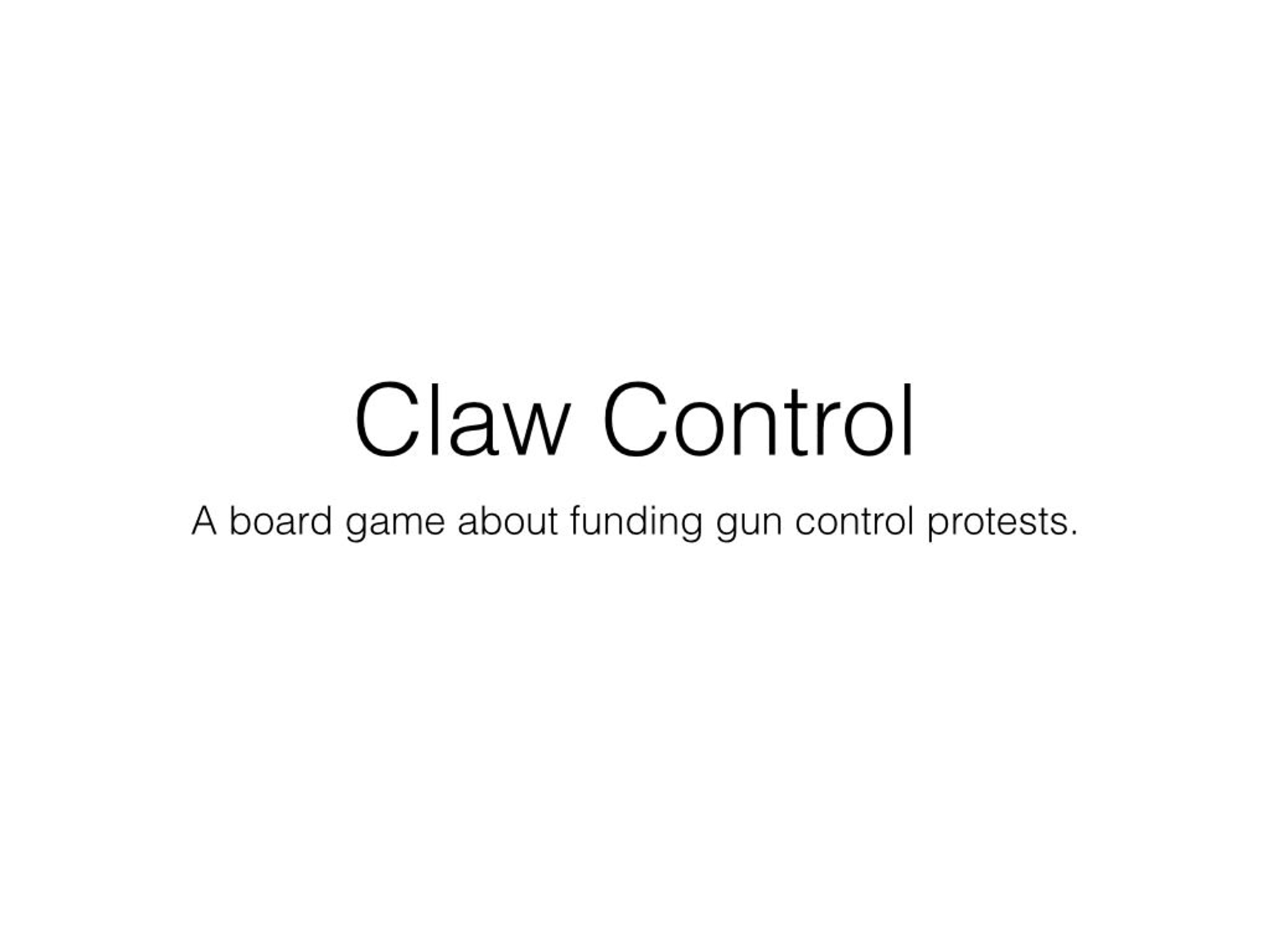 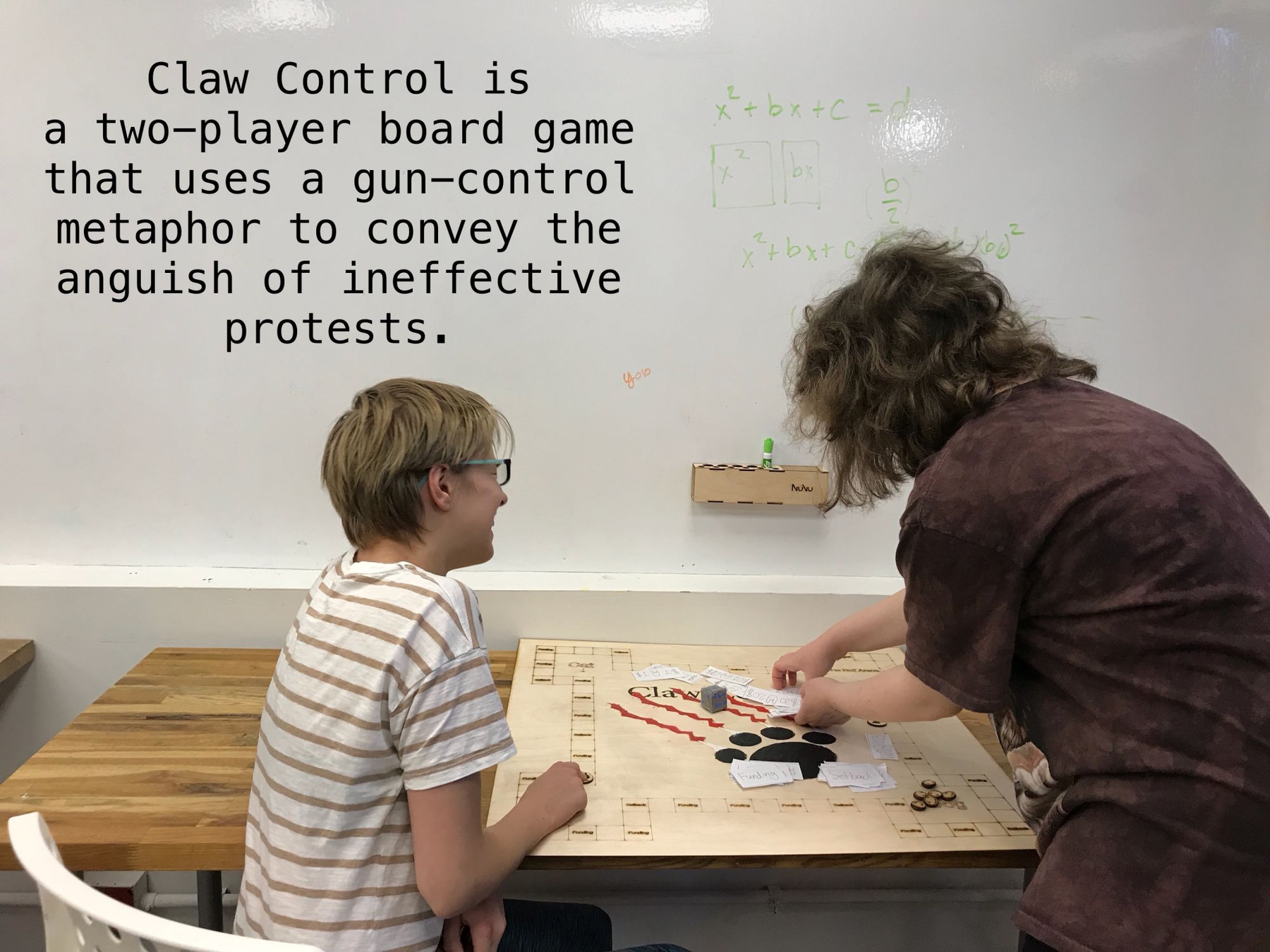 Claw Control is a board game based on the competition for funding between protests and counter-protests, and is meant to be a metaphor for gun control campaigns. In the game, players can choose either a dog or a cat as their avatar. The dogs want to enact laws that force cats to be declawed, while the cats oppose this, arguing that claws are needed for self defense. Players take turns trying to raise money for their cause and trying to sabotage their opponents.

The game has a black-and-white aesthetic in order to emphasize the polarization of current politics. One of the unique features of this game is the Velcro die. As players raise money, they can buy more tokens to attach to the die. When players are confident of their chances, they can roll the Velcro die, and if one of their tokens is facing upwards they win. To reinforce how things can unexpectedly go wrong in campaigns, the game is designed so that even when players are ahead, they are never assured of winning.

Choose your player pieces. One player will be the Pro-Claw Control Dogs, and the other will be the Counter-Protesting Cats. The goal of the game is to successfully campaign your position on Claw Control politics.

Move your pieces to the respective starting places labeled “Cat” and “Dog”. Each player should start with $100.

Take turns rolling the numbered die to advance along the board. The Dog moves clockwise, the Cat counter-clockwise, Dog plays first. If you cross paths with your opponent when it is your turn, your opponent must give you $100.

If you land on a square labeled “Funding” take a card from the Funding deck. Once you reap the rewards of the card, place it at the bottom of the deck. Some Funding cards will take money from your opponent.

If you land on a square labeled “Setback”, take a card from the Setback deck. Once you lose the amount stated on the card, place the card at the bottom of the deck. Some Setback cards will take money from both players, and some may fund your opponent.

You can spend your money on three actions:

When your opponent lands on a Funding square, you can spend $250 to prevent them from taking a card, or you can spend $500 to make them pick up a setback card instead. If you choose to do one of these options, you must make your purchase before they take a Funding card.

If you are near your opponent’s starting space, you can pay $750 to send them there.

You may also spend money on tokens to be attached to the Velcro die. Once you are confident that you have bought enough tokens, you may roll the Velcro die when your player piece is near the “Die Roll Arena”.

You can remove one of your opponent’s tokens for $1,000

If you have run out of money and you land on a Setback space, you lose.