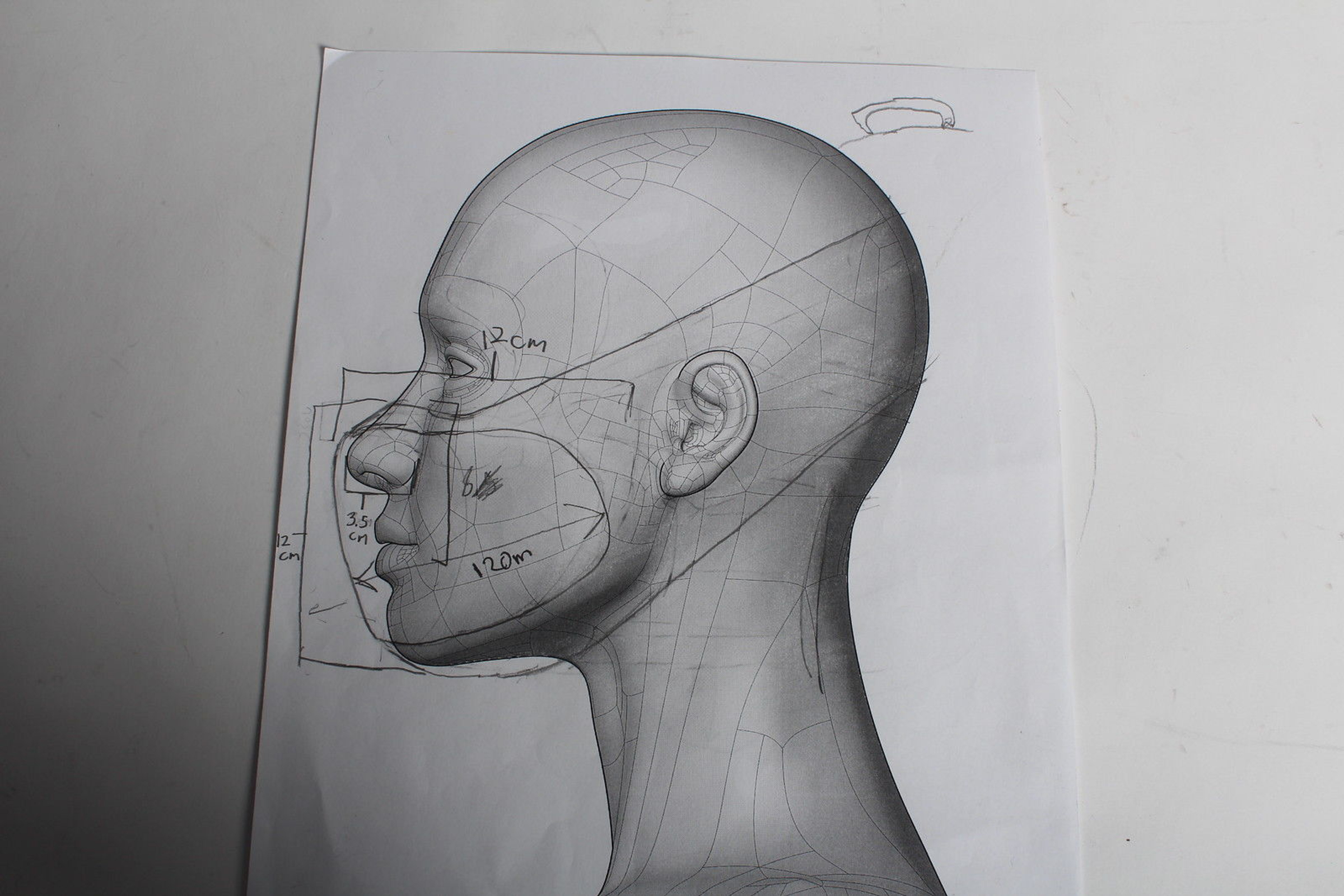 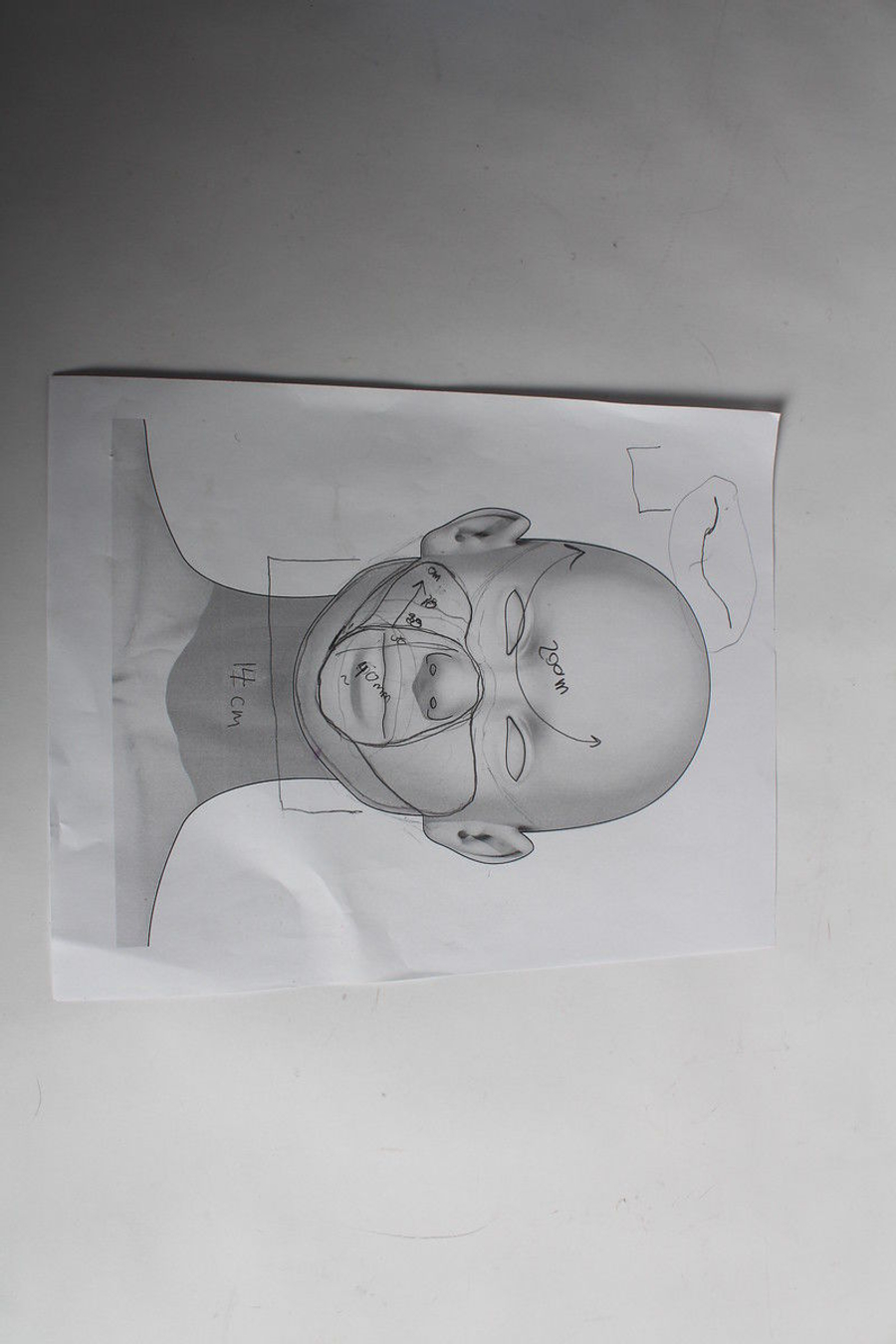 The process began by brainstorming and sketching our ideas out in order to decide the function of the mask and how it would fit the face.  After deciding that the function would be a breath-warming mask, we began to sketch on the elevation and section views of the face diagrams.  We decided how it would fit the face and where it would rap around the head, and what kind of material would be used in order to keep the whole piece from sliding down the head onto the neck.  After finalizing the idea we took the necessary measurements and labeled the sketches.  We than began designing the mask on Rhino.

Our first iteration began by sketching out the shape of the mask and how it will fit the contours of the face and how it will it remain attached to the head.  We decided to attach and in a sense, cloak, the mask using some sort of cloth that will go around the head in order to keep the ears and other parts of the head warm.  We than began designing a very rough 2-D prototype of the mask using Rhino.  The mask was designed in 2-dimentional layers that were than cut out of cardboard using the laser cutter.  Those layers were than stacked on top of each other and glued.  The first trial did not quite fit the nose.

For the second iteration a new design was made where the depth of the mask was increased and the space for the nose was widened.  This design was also made up of 2-D layers that were laser cut and stacked on top of each other.  This design had the right dimensions.  In order to get a sense of how the mask would fit the contours of the face, slits were made on the front and back of the mask in the locations where the mask had to bend.  Some slits were wider than others depending on how much that certain location had to bend in order to fit the face.  This design fit the face.

The third iteration was our first and only 3-D copy of the mask.  This design took a very long time to do.  It was also very difficult to do due to the fact that the contours of the face are very difficult to account for.  However, the printed copy of the mask fit well.  Four holes were drilled in the front of the mask to increase airflow between the mask and the occupants face.  Cloth was than added to the inside of the mask using foam tape in order to make it more comfortable and make it fit more close to the face.  Two soccer socks were than cut and glued to the mask, and they were sewn in the back so they formed a headband in order to prevent the piece from slipping.  The four wholes were than cut out of the sock as well to keep the airflow.  Than a scarf-like cloth was sewn onto the sock just above the ear for extra warmth, and to conceal the mask.