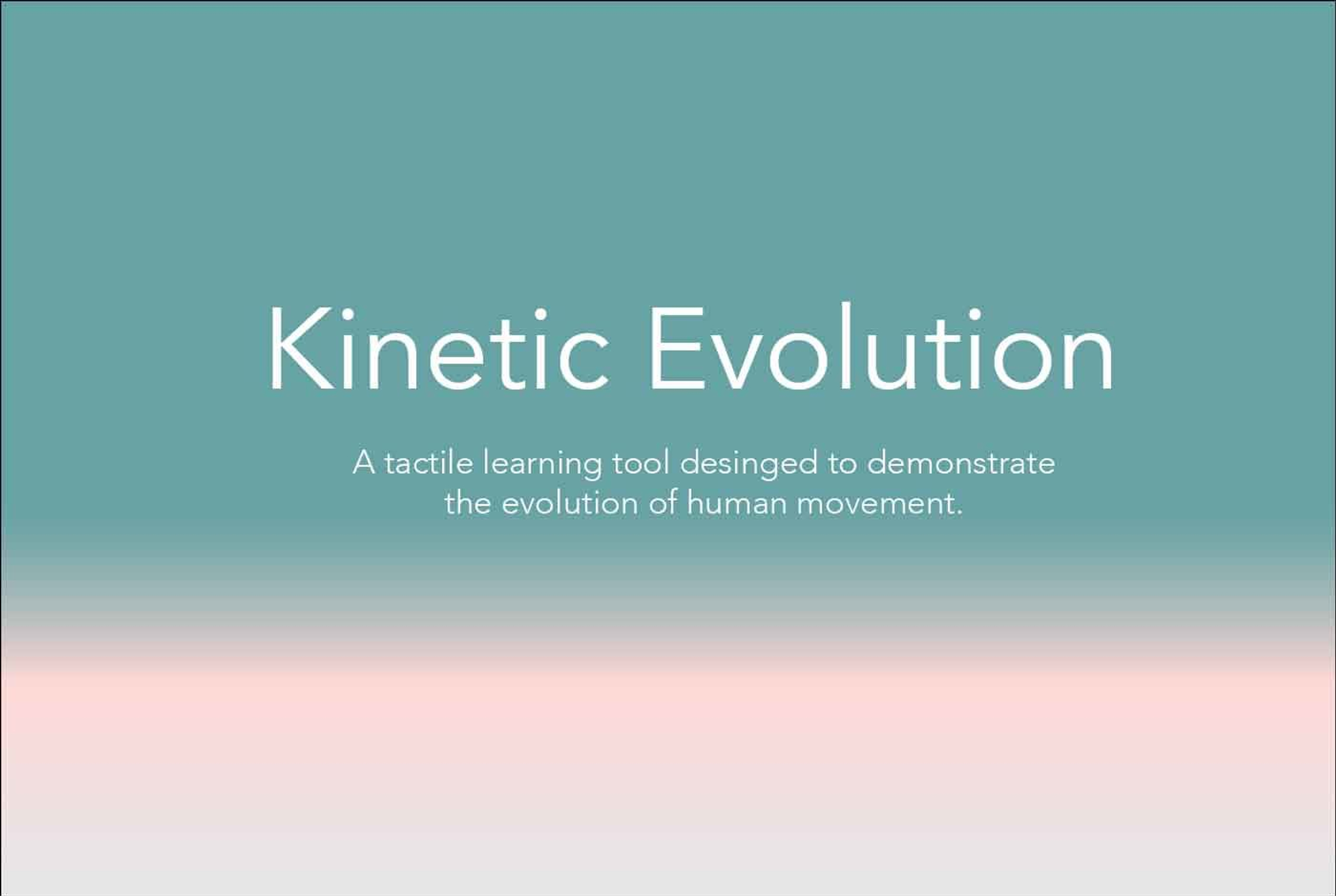 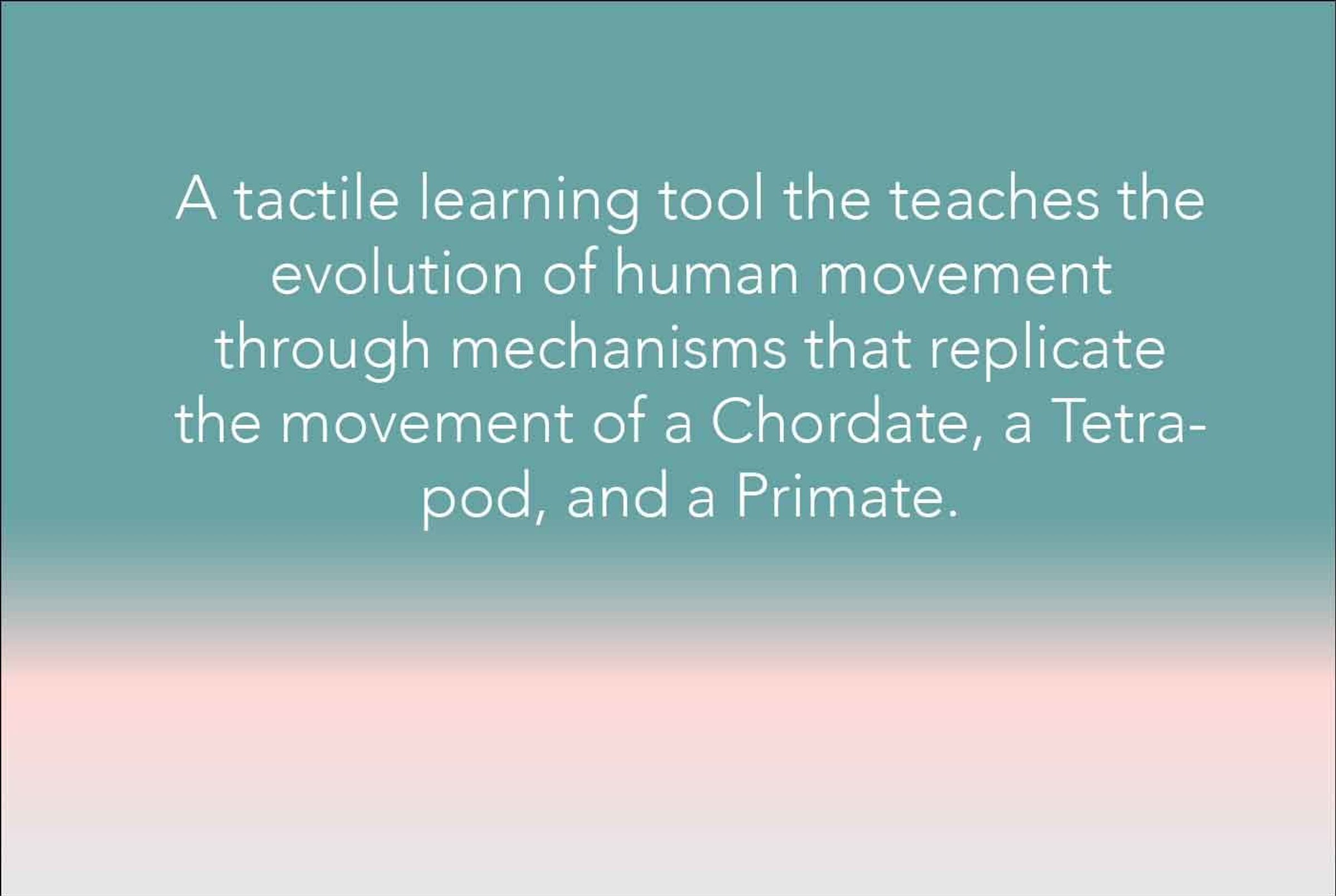 For this project we aimed to re-create the multiple types of motion present throughout evolution, we chose evolution because it is not only difficult for non-sighted people but also for sighted people to understand because of the inability to interact with the creature or in some cases there isn't enough information to describe the creature accurately.

We  decided on the evolution of motion because there is a lack of information about extinct species and especially how they move. In addition, non-sighted people will now be able to experience multiple types of species and movements that most sighted people don't understand. To begin this project we had to research the timeline of human evolution starting by looking at simple chordates who have only the most basic beginnings to a spine, evolving all the way to Homo Erectus the most recent ancestor to human beings. To do this we had to choose four models from each generation of movement. To begin we needed to show the swimming of the chordates then the crawling/sliding of tetrapods, developing wrists and elbows into mammals with quadrupedal movement and their own body heat and primates with toes made for grasping and climbing along with losing their tails. Finally the Homo Erectus a fully bipedal being with feet made for walking and hands for precision movements. The chordate was made with a simple crank mechanism along with tabs that simulate the slithering and swimming of a chordate. Next, the tetrapods that walk on four legs with its center of gravity extremely close to the ground would be done by simulating the walk or scurry of a lizard with gears and linkages. Subsequently, there is the primate who moved mostly on all fours but is capable of bipedal walking and complex climbing. In conclusion, we wanted our project to show non-sighted people how extinct ancestors of humans moved.