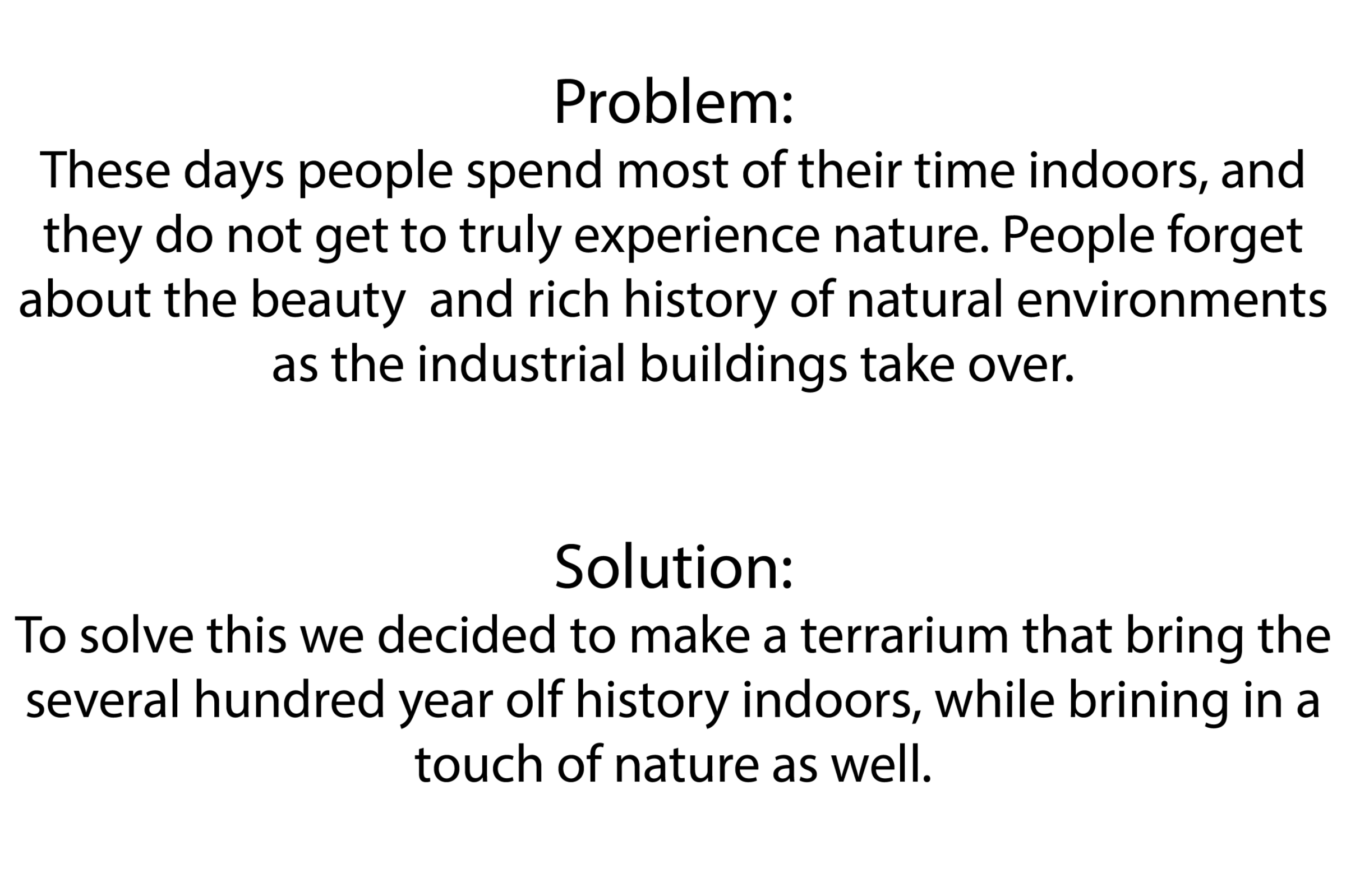 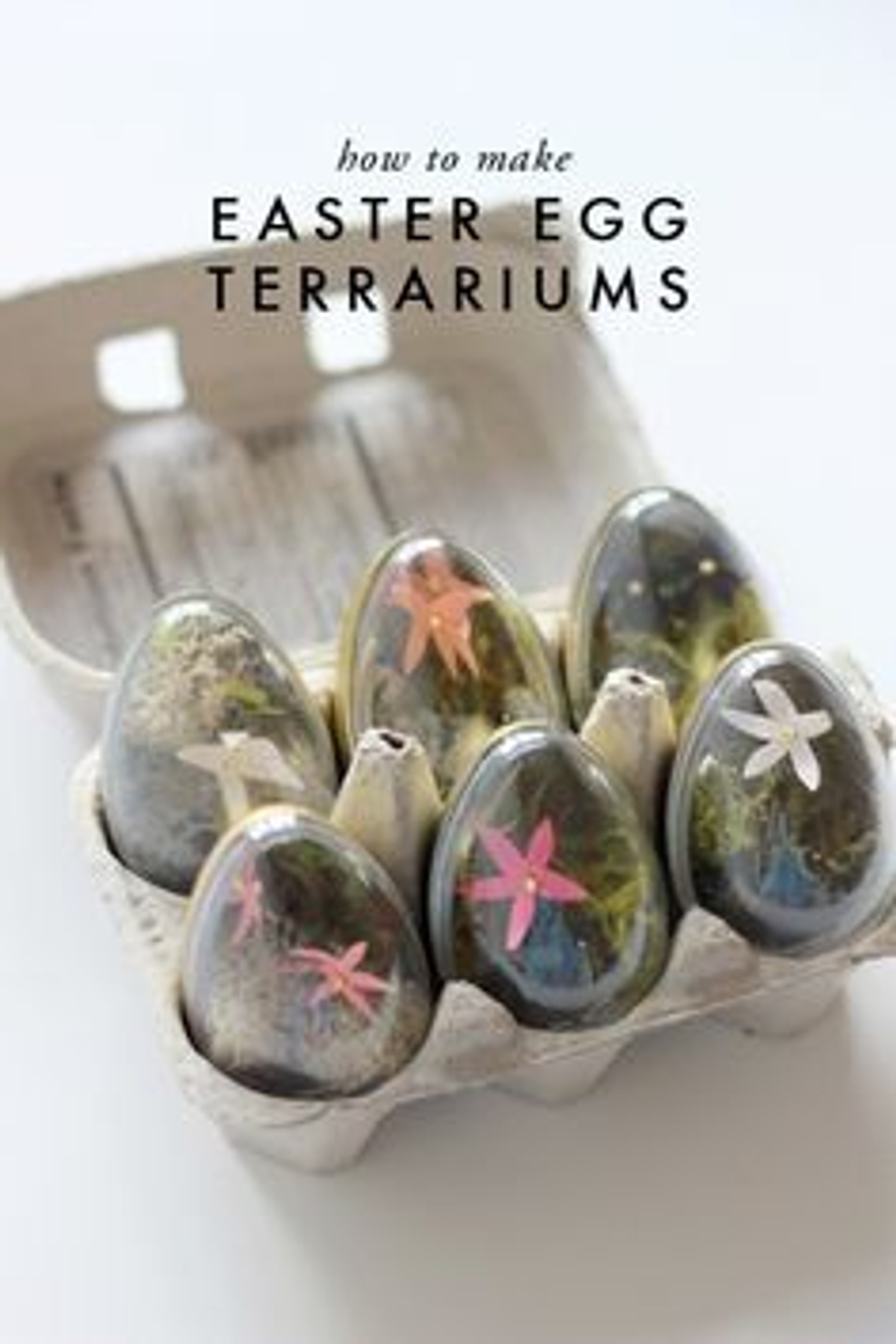 To solve this we decided to make a terrarium that brings the several hundred year old history indoors, while bringing in a touch of nature as well.

We wanted to show the transformation from rural farmland to a bustling metropolis that New York has experienced in just a few centuries. This transition is hard to imagine even when explained, so we wanted to create an immersive 3 dimensional experience so that people can fully recognize the changes that have taken place, and appreciate the beauty at each stage.

The first scene takes place in 1609. During this time period the landscape was rural and marshy, with plenty of red maples and a beaver pond. There were little to no signs of settlement and the plants and animals were able to live undisturbed. We tried to capture this as accurately as possible in our model with a simple nature scene.

The second scene takes place in 1782. At this point the land is still mostly unsettled and natural, but farming had begun to change the landscape. This was also when the American Revolution took place, so this area was occupied by the Redcoats at times.  We left this scene mostly the same, but left out some foliage and had a cleared out background to make a place for farming and foot traffic.

The third scene shows the transition into city life in 1900. The most notable part of this scene is the construction of the New York Times building. This is a symbol of the development of the city and the leaving behind of farming times. In our terrarium we removed most natural elements, and replaced them with an background of buildings and streets.

The fourth scene is Times Square in 2016. It shows the complete overhaul of the area as it became one of the biggest city landmarks on earth. This is now one of the most densely populated areas, with the most going on in such a geographically small area. We depicted the many buildings in times square with plenty of lights and billboards and taxis.

The fifth and final scene is what we imagine time square to be like in the future. We imagine the advertisements will only become more pervasive and perhaps even 3 dimensional. We imagined a scene of all the latest future technology, complete with classic flying cars.

Our project is a thin wood notched box that has 5 dividers in it, one for each scene. We put a circle in the middle of each section so one could look in through a telescope/magnifying glass and see the scene. In order to make the circles  more exciting we added an etched sun shape around each circle. The box has a top of clear acrylic to let light through so that the plants could grow. Later we added a layer of wax paper so that when you look in the smaller holes, you get a better experience of each scene without the distraction of objects above the box. We have pegs sticking out of the back of the box to attach a New York skyline background which is outlined in wood. There are two layers of wood for the skyline so that it stands up straight behind the box. We used fake plants and printed backgrounds to create each scene and represent the different time periods.