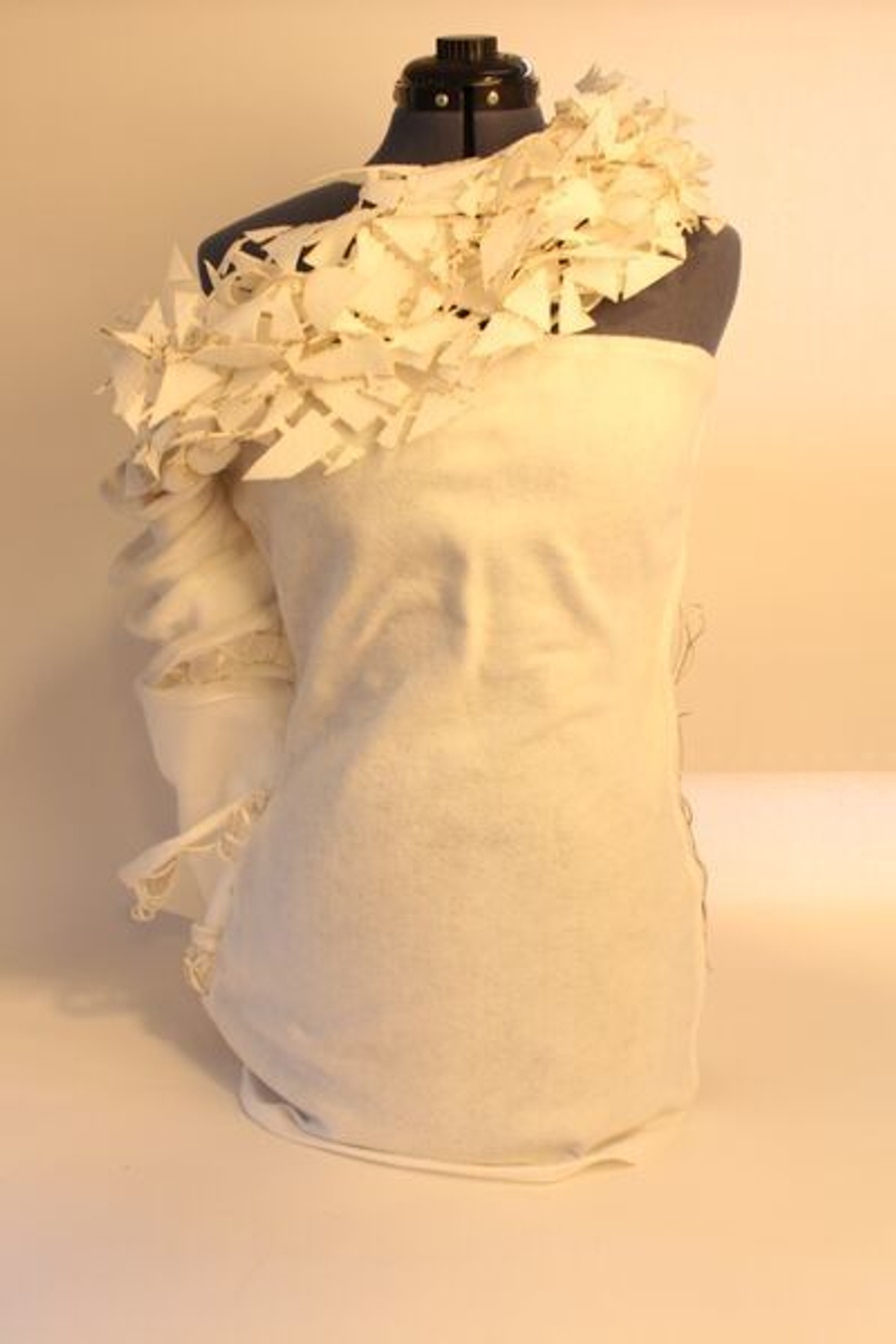 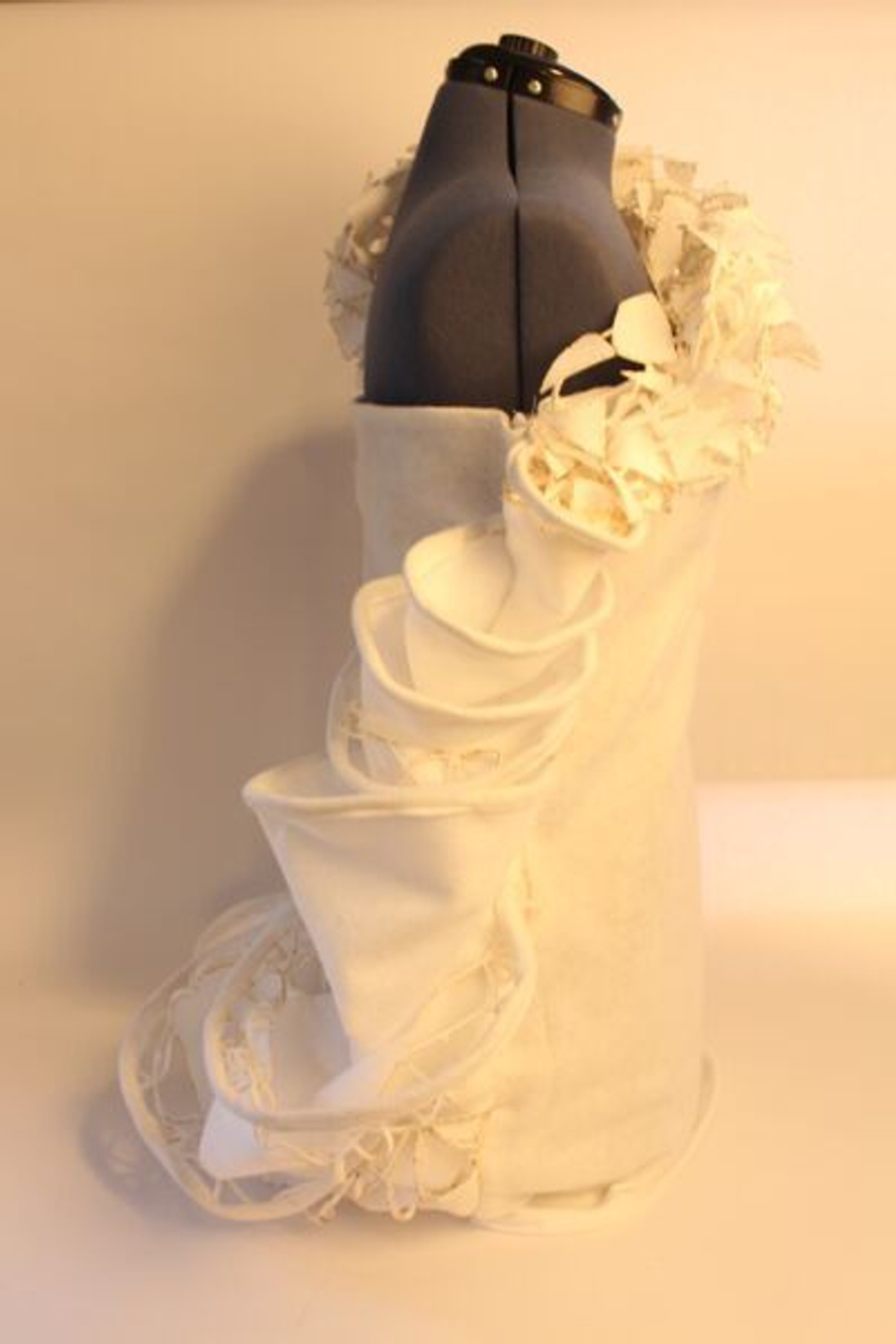 Our project was to create a dress inspired by a white hole. The final product represents a white hole in many ways. To be symbolic, it is made out of white felt. Then we added many cut-outs of random shapes. These shapes are supposed to symbolize pieces of the planet that the white hole creates. Using that idea, we made a one shoulder sash out of similar shapes to show the white hole pushing out and creating a planet. This sash is functional but also voluminous and looks as if it is from outer space. The side of our dress has ovular wire and felt shapes that are supposed to be a white hole, and the dress is what the white hole has created (a planet). These ovals continue behind the dress to make the entire dress interesting to view, but also extend the white hole implications. Overall, our dress turned out well. Through many iterations, we were able to make a sculptural dress that represented the white hole from The Hitchhiker's Guide to the Galaxy. 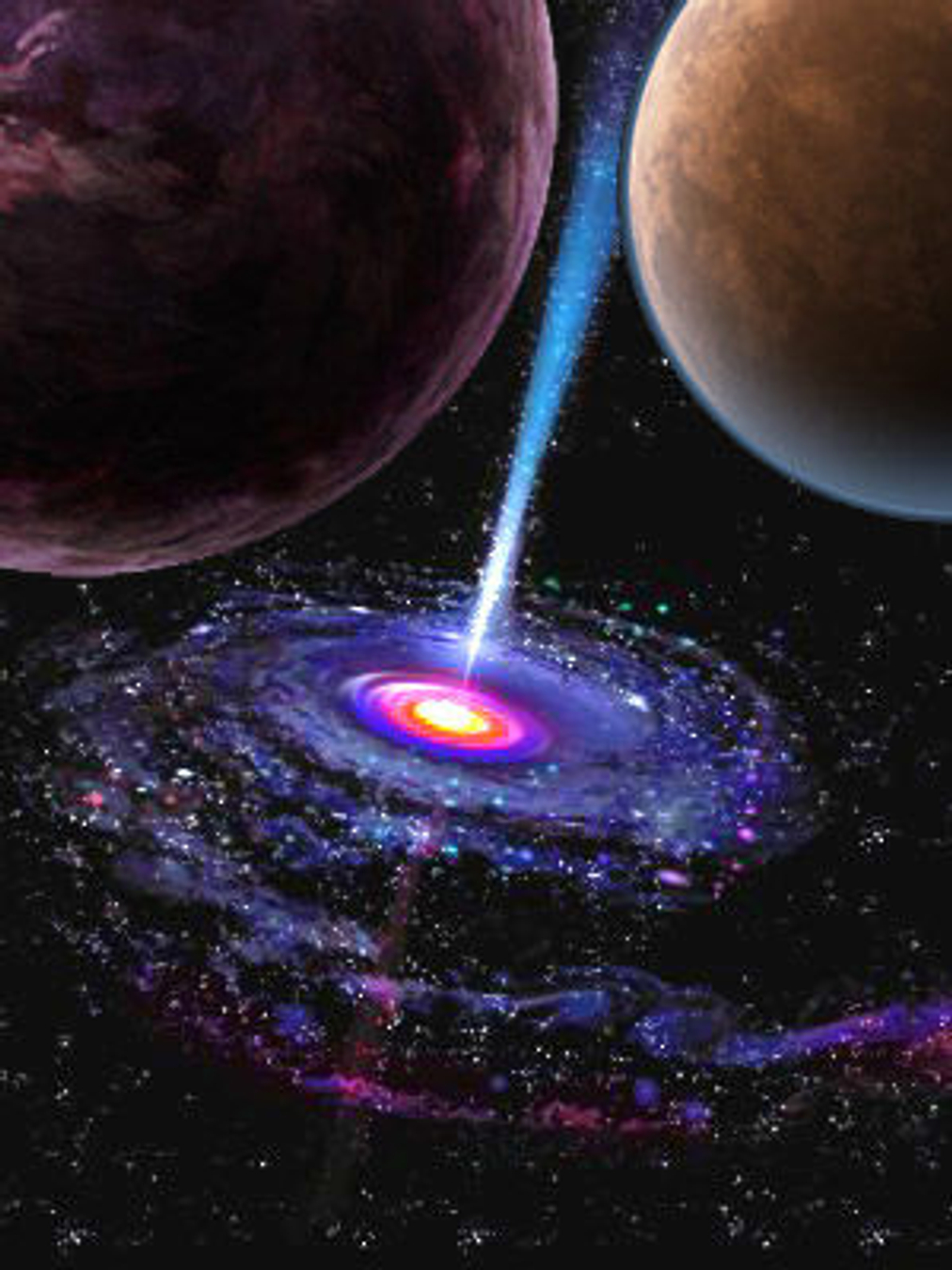 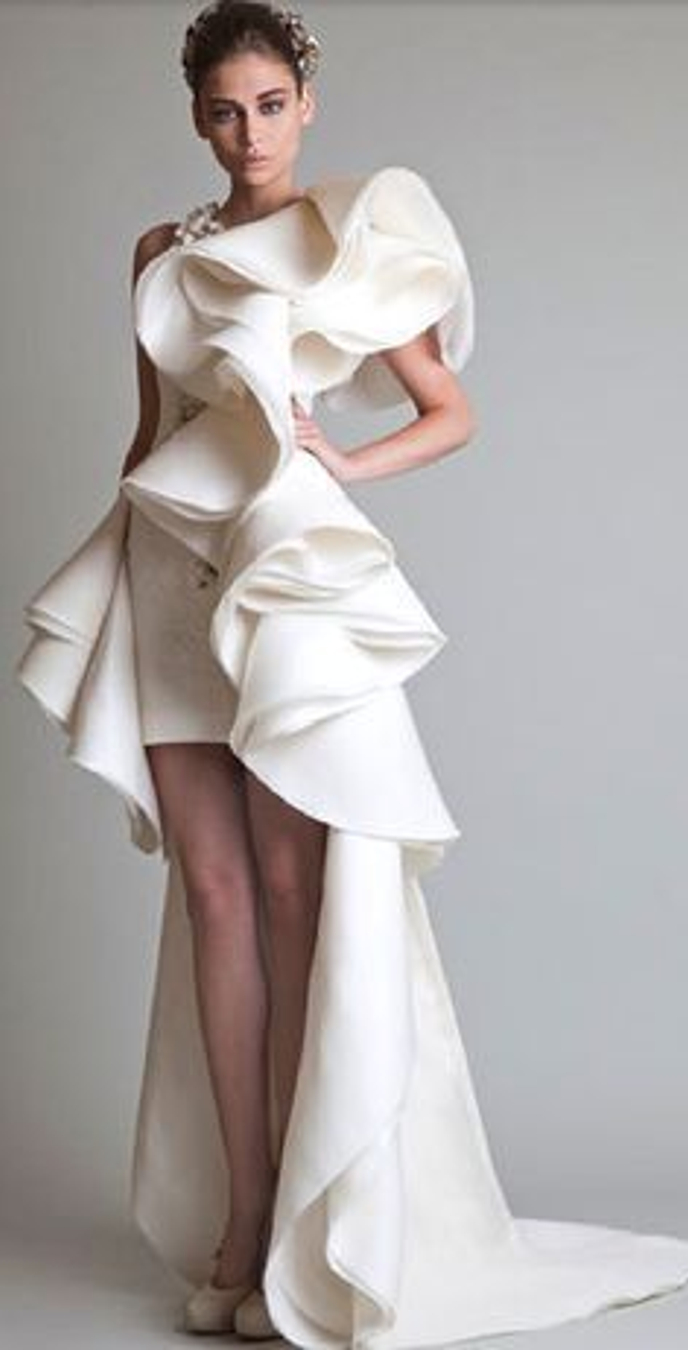 For our independent project, Jasmin and I went back to a prior studio.That previous studio had created clothing based on planets from The Hitchhiker's Guide to the Galaxy, a book by Douglas Adams.

The group that inspired our work chose a very rich planet, so rich it is basically a workshop for creating other planets through white holes on its surface. A white hole is the opposite of a black hole: instead of sucking things in, it  pushes out, making planets.

We decided to use the idea of a white hole to create our dress. We looked at many precedents of different space-inspired dresses to get our ideas. It was difficult to decide on one design to portray such an abstract concept. After much thought, we came to the conclusion that somehow we wanted to show the white hole itself making the dress, with the dress representing a planet.

Our first iteration was a dress made out of black felt. On one side, it had half-circle shapes of descending size, made out of hot glue and wire. The bottom of the dress was the largest piece, while, up by the arm, the pieces were very small. On the other side, we had wire and felt half-circles of the same size. Unfortunately, this design was really unflattering and also we felt that the design detracted from its essential statement.

In our next iteration, we kept the descending size side of the dress, while taking away the other side, and just pinned it together. This made the dress more sleek, dramatic, and attractive, and also emphasized the descending half-circles on the left side. In this iteration, we made the dress strapless because we thought it would look more stylish that way. To keep it from falling down,  we added a gold, folded, over-the-shoulder sash. It is supposed to be coming out of the white hole and symbolize the creation of planets.

For our final iteration, we moved to white felt material since we are representing a white hole. The beauty of the white is it emphasizes the shadows. In this version, we did cut-outs in the side of the dress and also on part of all the half-circles. These cut-outs are supposed to symbolize pieces of the planet that the white hole is creating.These pieces come together in a one shoulder strap. This strap not only works well with our white hole idea, but also is functional, as there is now no fear of the dress falling off. When we created this dress, it was too difficult to sew our idea under the time constraints. Instead we compressed the half-circles slightly; therefore, they pointed out of the dress but also wrapped around the back. We really liked this step since, not only does it make the dress more aesthetically pleasing in the back, but also it continues the symbolism of the white hole creating a planet, which is the dress itself.