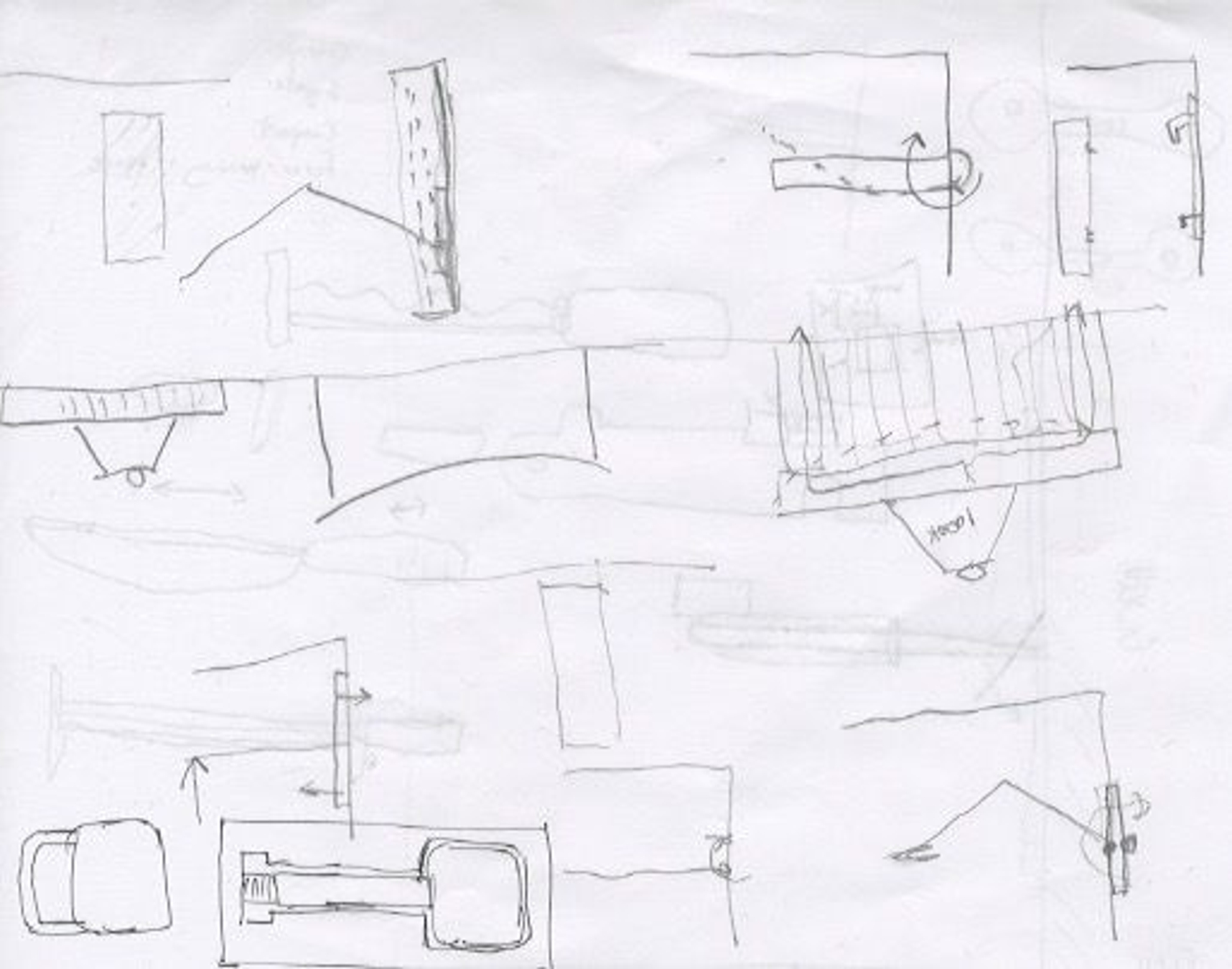 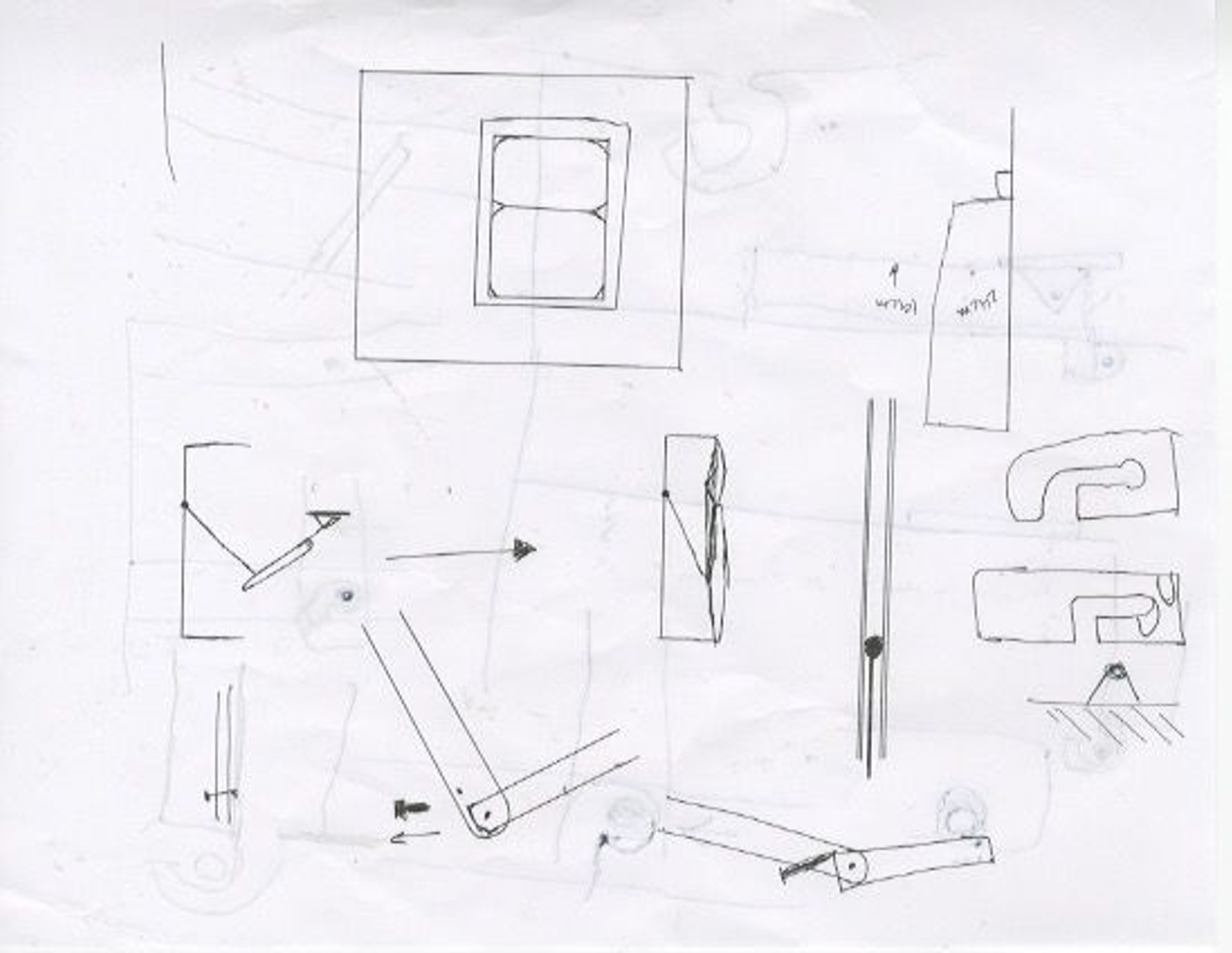 I started this project by sketching out ideas and conceptualizing how I wanted the device to work.  I knew that I wanted to completley deviate from the idea of a zero-gravity rowing machine and focus more on making the device much more practical in terms of usability and aphordability.  After lots of sketching and brainstorming I knew that I wanted to create an ergometer that would attach to the wall and the device could be folded down from there, and be used using elastics for resistance.  The building process was very long primarily due to the fact that it was difficult to design pieces that fit perfectly with eachother.  I did not have multiple iterations fo the whole device all together, but I had many different iterations for each of the individual pieces.

I had three different iterations for the seat.  The first seat was the same size as the origanl with two triangular pieces on the bottom where the two armature pieces would fit in between.  The next iteration for the seat had a handle that extended down from the seat so the user could grab the handle and lift the seat up and out.  However the handle was far too thin and bended whenever pulled as if it was going to break.  In addition I ran into a challenge when gluing the triangular pieces into the right places.  I than put slots into the seat where the triangles can fit in.

There are three parts to the armature.  The first is the piece that attaches to the wall.  Initially I had just one piece that would attach to the wall.  I than realized that if I was going to use a hinge, I would need about three of those pieces glued to eachother in order to make the hinge more stirdy.  In addition, this pice includes a groove where a pin fits that doesnt allow the armature to rotate past 90 degrees which is full extension. In addition it has another slot that fits between the other two armature pieces and fits a nylon spacer, thus allowing the device to fold flat into the box.  Each iteration of these pieces was simply trying to get it to fit the device and allow it to fold flat into the box.  The other armature pieces are the ones that attach to the seat.  these are simply to pieces of wood that are screwed to the joint between them and the piece attached to wall and to seat.

The body of the box only took one iteration on box maker.  However, the details of the face of the box had to be altered on Rhino three times.  The first two times the face of the box was cut, the device could not fit through the slot that I had designed to be cut out due to the fact that the bolts and the rubber bands glued on the side of the armature where wider than the lot.  In addition the top of the hole for the box was not high enough because the box was hitting the edge on the way out of the box.  In order to combat these issues I redesigned the face of the box twice more altering the width of the slot for the armature and the size of the hole for the seat.  This took me two prints to get the device to fit the box without hitting the edges of the face. 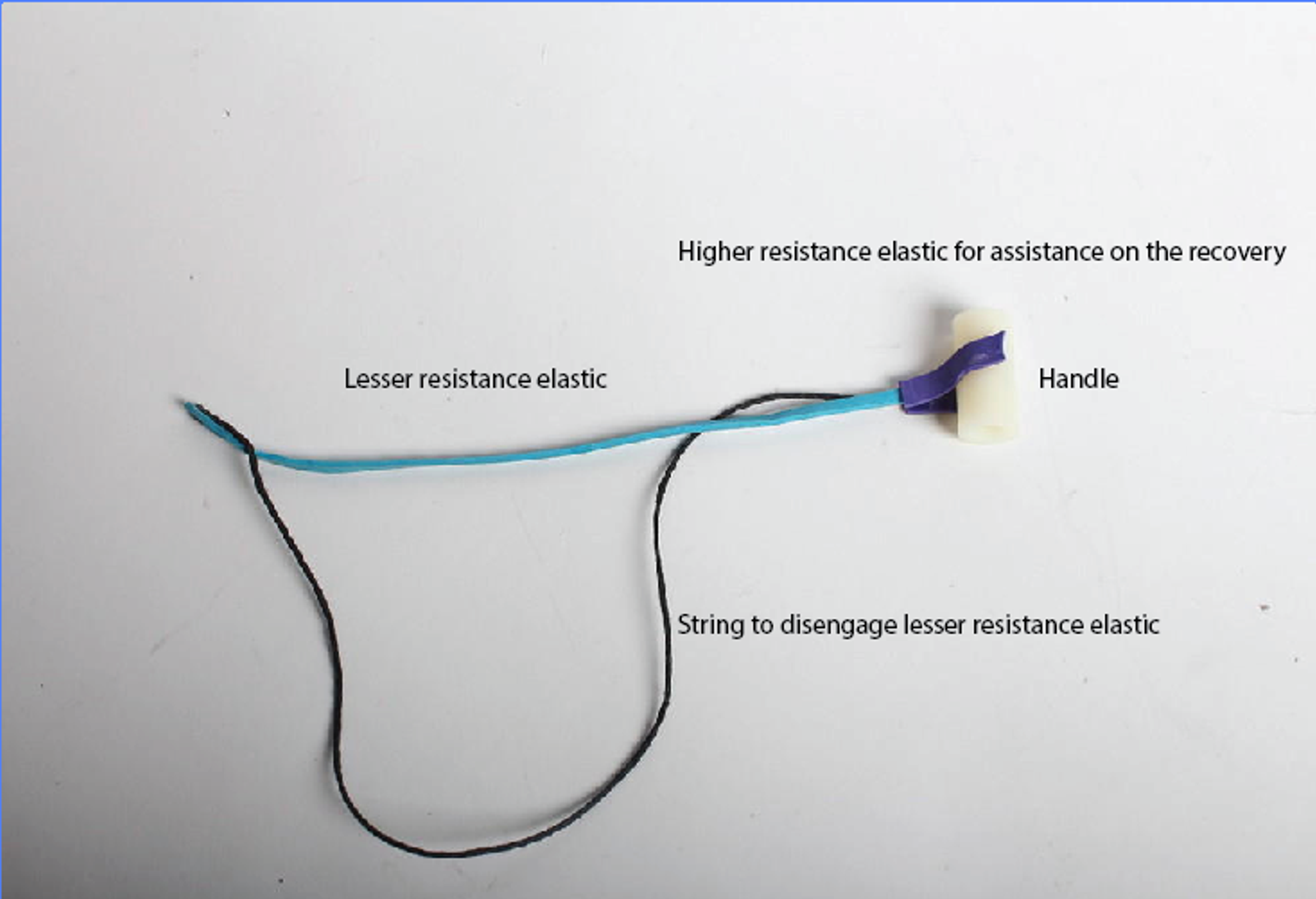 The main manufacturer of rowing machines (ergometers) is a company called Concept 2.  The cheapest ergometer one can purchase from them new is $900, these are expensive machines.  This is primarily because of the technology that they use.  These machines apply resistance through a fly wheel that is attached to a fan thus proudcing air pressure.  All of this is shown on a monitor.  Therefore, the price of an erg would be more than halfed if one were to apply the resistance through a different mean.  I decided to just that and apply resistance through elastics.  This way, one would get the same resistance when pulling as they would with a normal erg.  However, there would actually be more of work out the elastics could there would be  more resistance on the way back to the front end of the stroke due to the tension on the elastics.  In addition, Concept 2 ergs take up a lot of space, this collapses into a box that would mount on the wall, and when wants to work out they would unfold the erg out from the wall.  In addition, the only way to know you are rowing with poor technique on a normal rowing machine is if a coach tells you.  This device would be used off of the ground and the user would be kept up by the elastics on the handle, however, the user would still end up hit the ground if they were using poor technique.  Therefore, in order to not hit the ground one has to maintain good technique thus making the device self correcting so anyone can use it.  Therefore this device is deviating from the focus of simulating rowing on the way and putting more of a focus on getting a good workout.