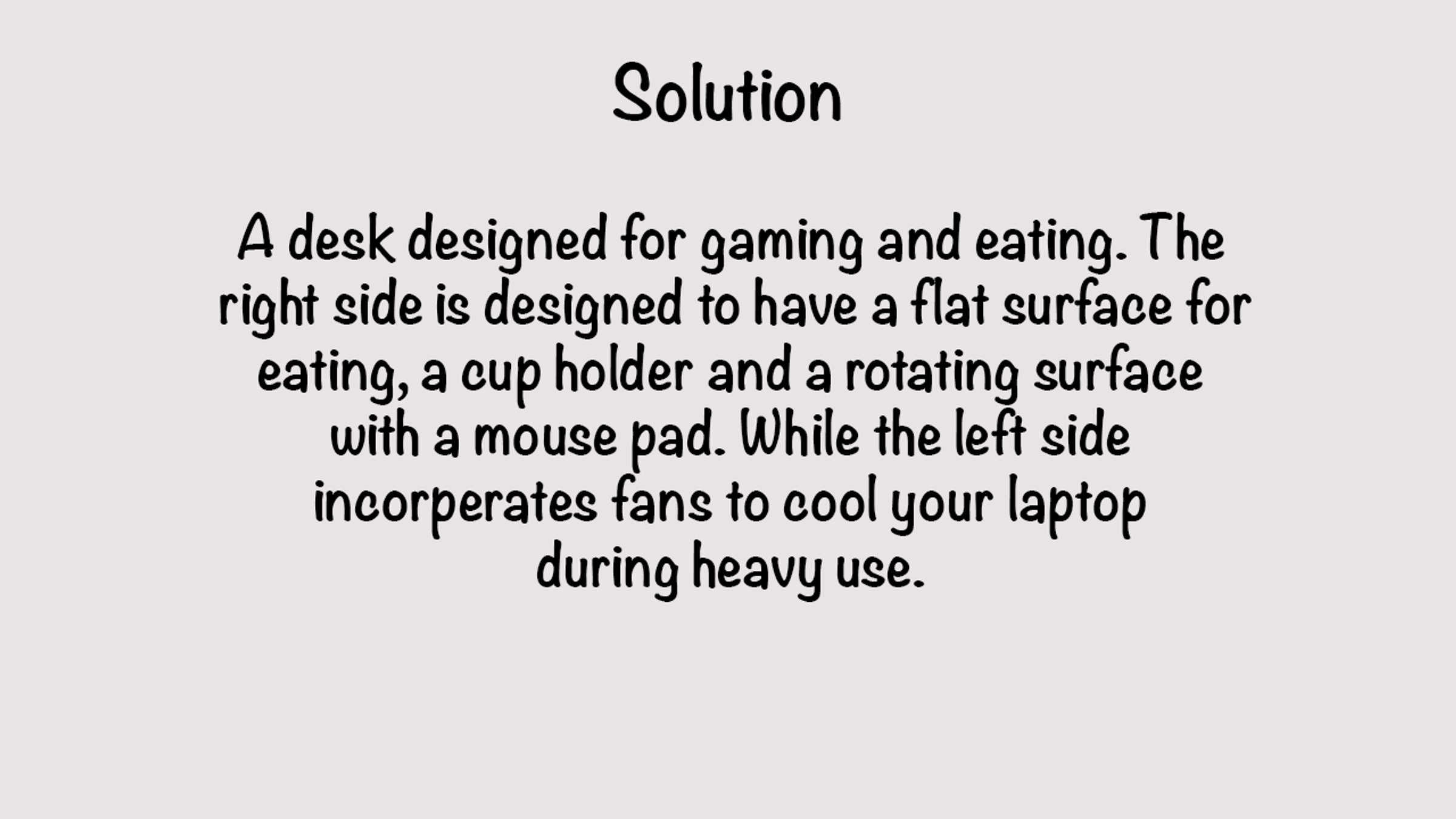 Having a disorganized desk is annoying especially for gamers so for our table we made a gaming desk. We wanted a desk that allowed you to play games and eat in an organized way. Including everything you need to not worry and have a good time. The features we have are cooling fans collapsing legs, a removable mouse pad with an eating surface under it, speakers and a cup holder.

Originally our idea was a unfolding briefcase that could be deployed on top of a desk. We soon realised that it did not make much sense to have a desk on top of a desk. Our solution was a two 20" by 16" table tops with scissor lifts on each end to support the weight.

Originally we wanted to have the desk to fold into a Briefcase. The legs were added later and the positioning was not thoroughly thought through so the middle of desk sagged. We had to remove the hinge on the last day because it could not take any weight.

In the end, the problem with the legs was the wood was too flimsy and it could not hold up the weight