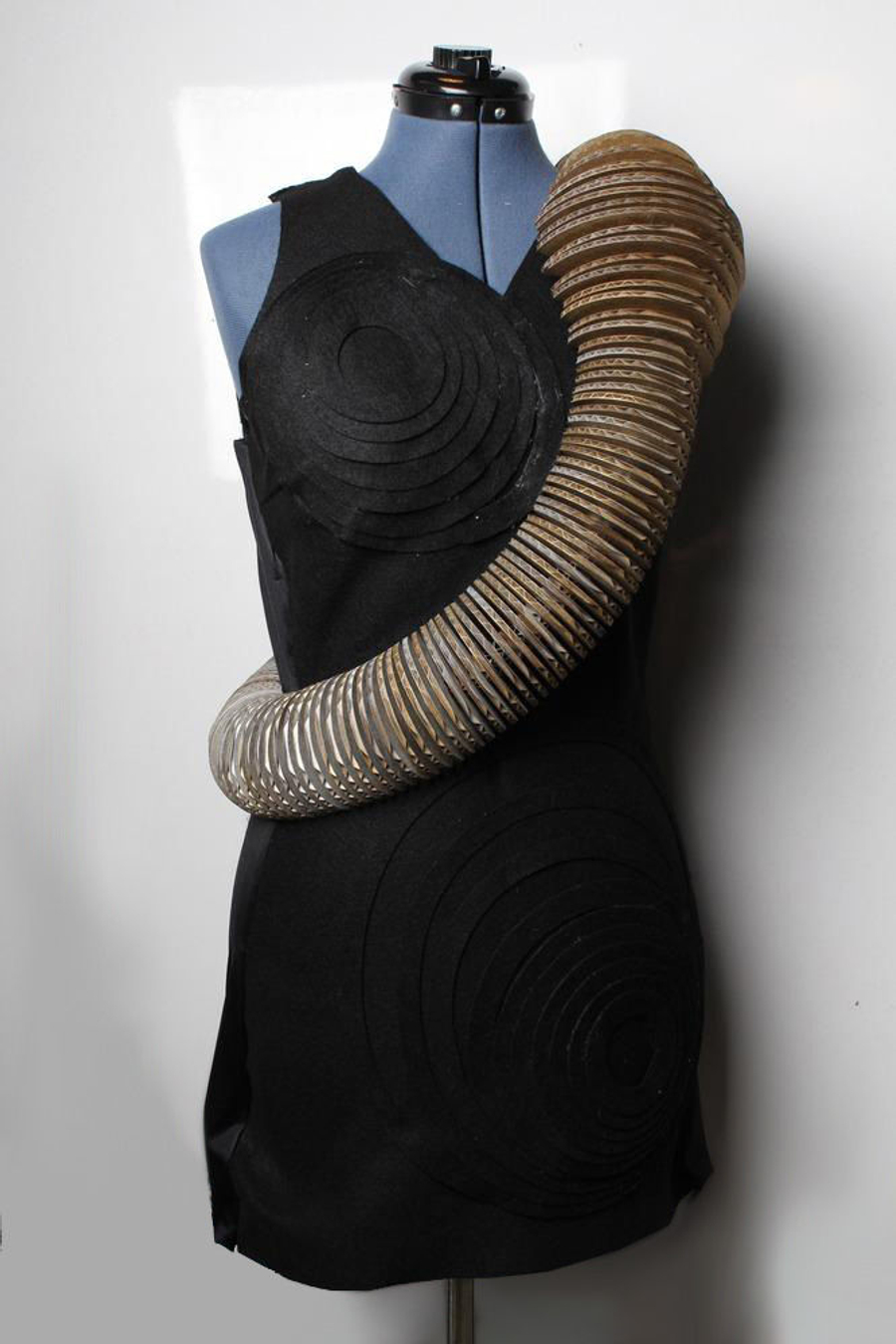 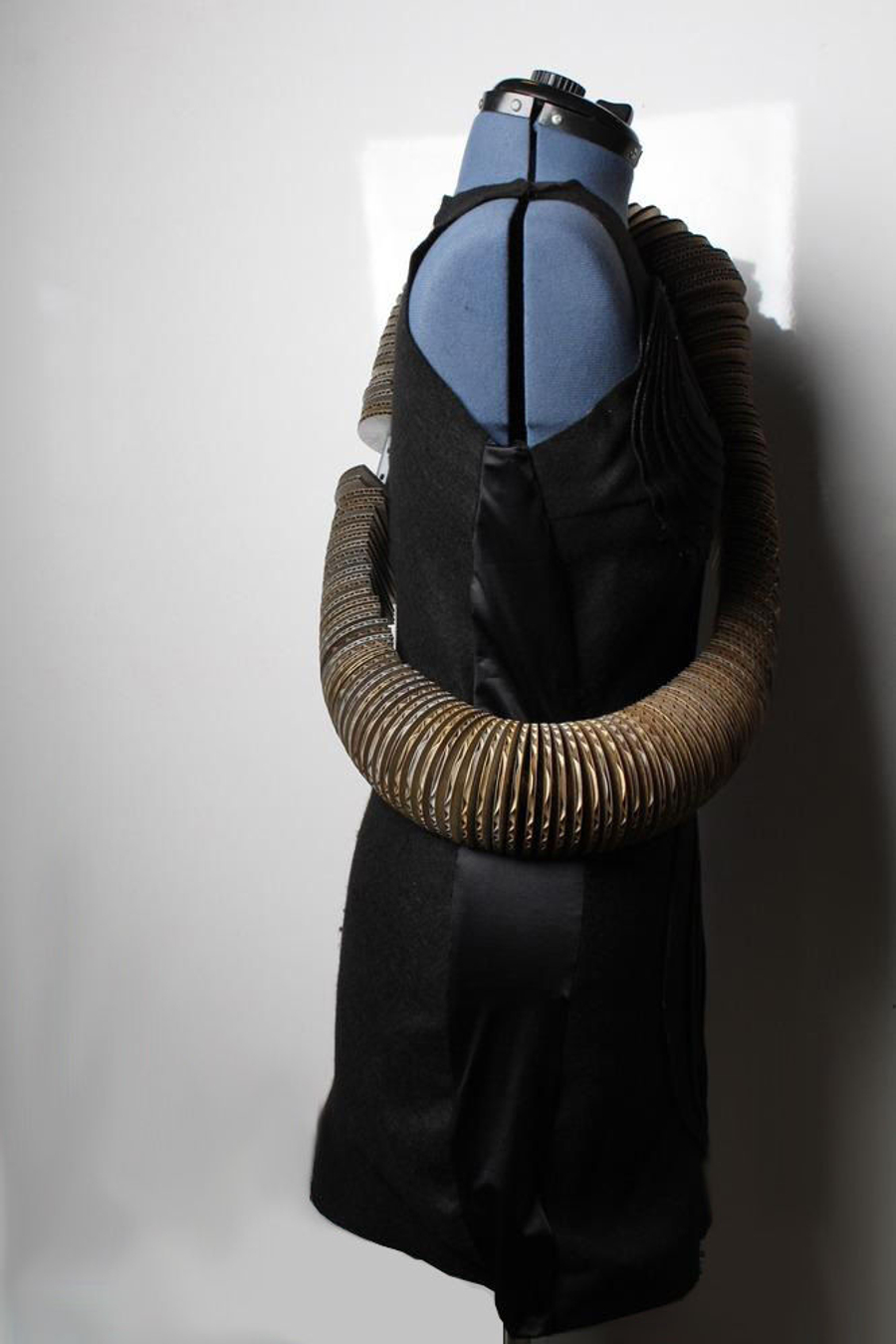 The goal of our project was to create wearable art for the planet of Margrathea from the novel The Hitchhikers Guide to the Galaxy. The main ideas that we wanted to come across was that Margrathea was a very rich planet whose job it was to create other planets through a white hole using gold and platinum.

Our inspiration for this project was designers like Alexander McQueen because he makes amazing designs that are not only art, but also clothing. We looked at many of his creations for inspiration for our wearable art.

We came up with a design that not only incorporated many of the aspects of Magrathea, but also is a design that is completely wearable. Our inspiration came from the idea the white hole. A white hole is the opposite of a black hole. It creates things instead of sucking and destroying things like a black hole.

On the dress there are two while holes and the sash in the middle represents the materials from the white holes coming together to form a planet. 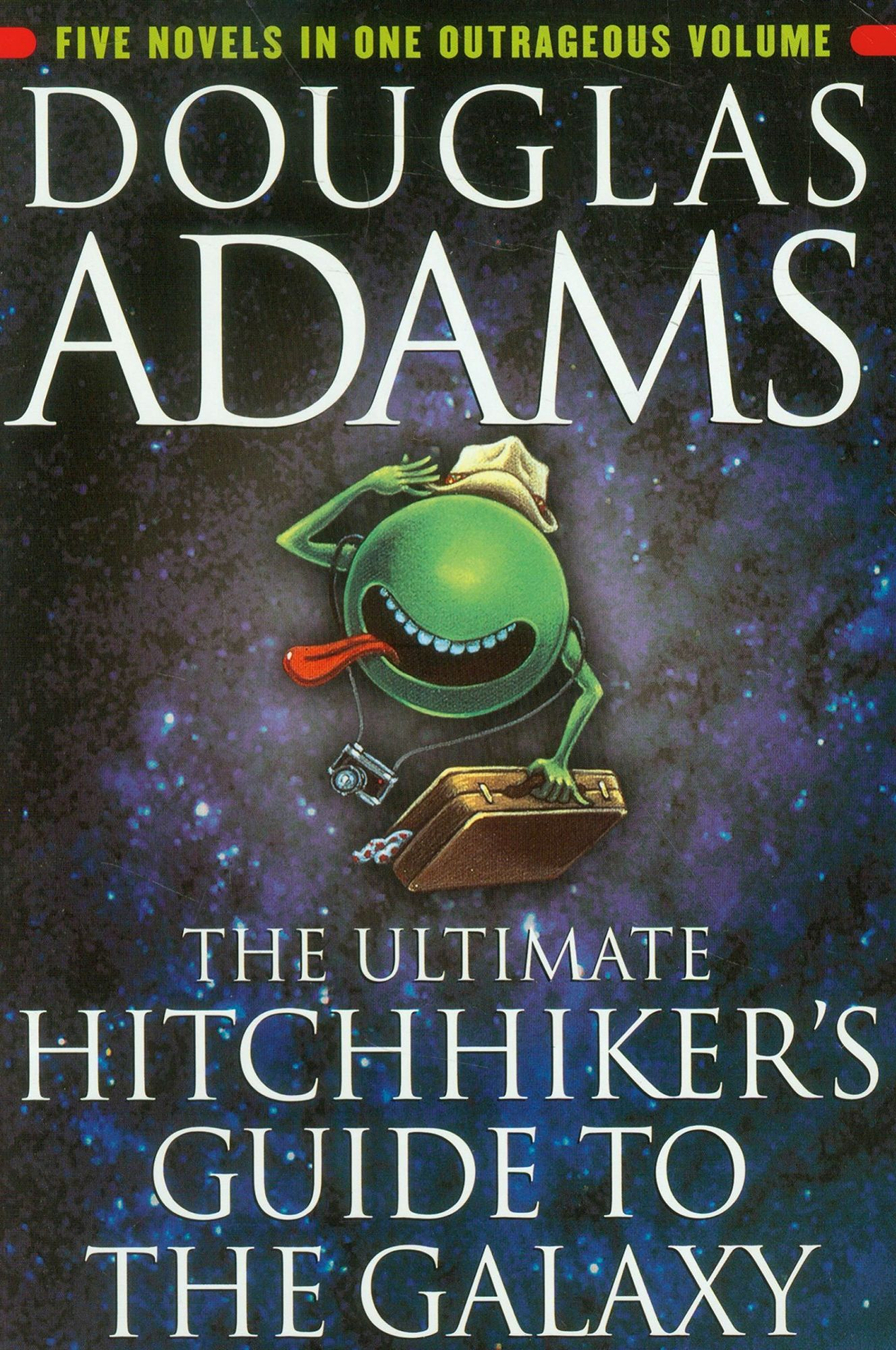 The inspiration for our dress was the planet Magrathea from the book The Hitchhiker's Guide to the Galaxy. We started off by reading part of this book, specifically the part about the planet of Magrathea. The planet was described as being very affluent. Magrathea was the created of all other planets; through the white hole, Magrathea would create gold and platinum planets. So, from these details we started designing a dress that brings in all of these aspects.

We decided to go off the idea of having a white hole. So our first design had a white hole on the back with strips coming out of it that was suppose to create the dress, like Magrathea creates planets. We stayed on this idea for about two days. Then we realized that if we were to actual create a dress like this there would be many problems. The first is that putting it together would probably be very difficult. If we succeeded in this we were afraid it may look more like a mummy dress then the planet of Magrathea. So in the end we decided that we were going to scrap this idea and go in a different direction.

Our next design we wanted to keep the idea of the white hole, but change the rest of the design. We came up with the idea of putting a 3D sash across the dress. This 3D sash would represent the parts of the planets coming together. So, on the rest of the dress we decided to put two white holes. One white hole on the top left side of the dress and another on the bottom right. Then coming out of the circles we decided to put over lapping circles that would eventually become more spaced out as they reached the 3D sash.

On the last we assembled all of our different parts together and created the white hole dress from Magrathea!