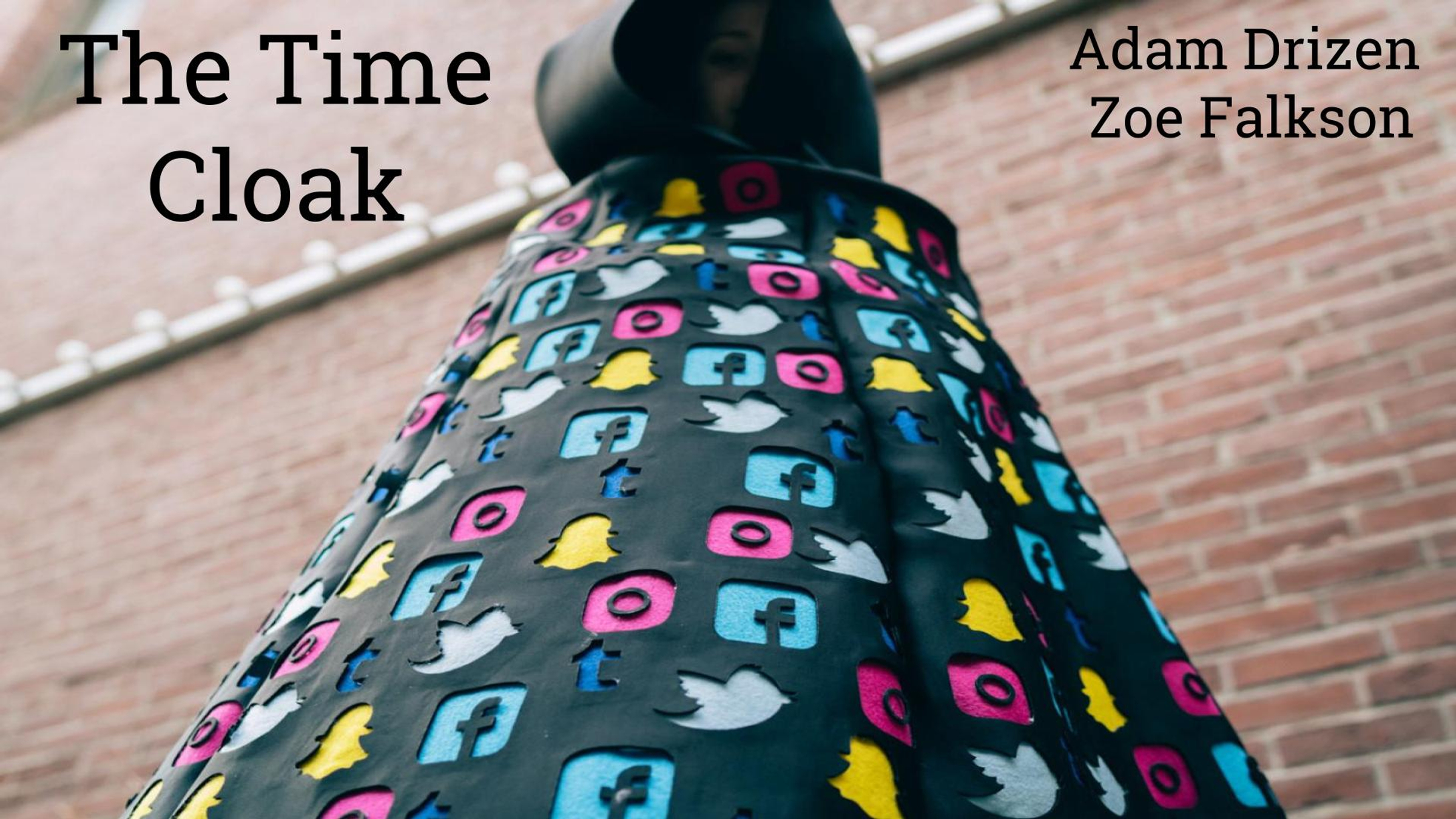 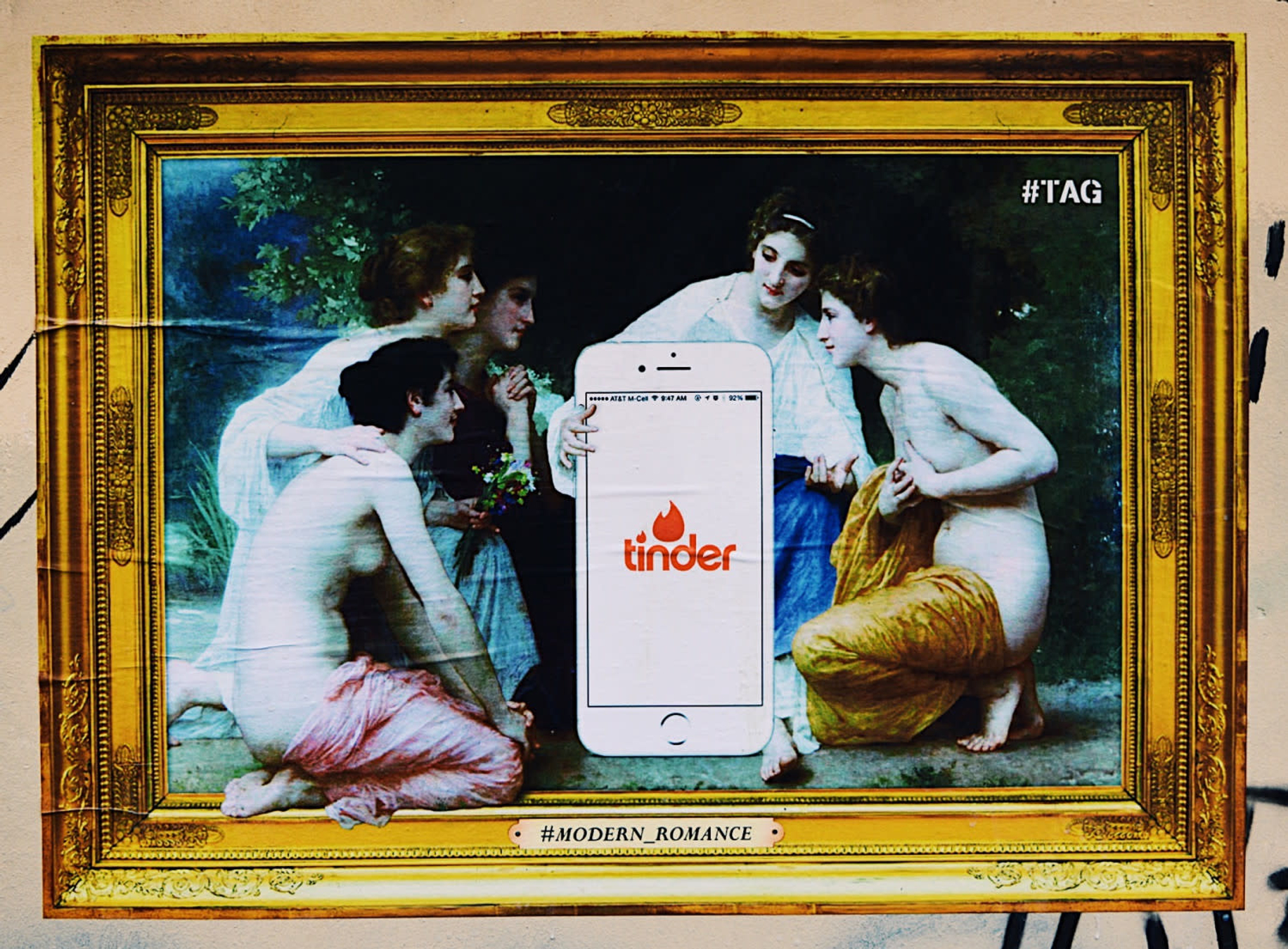 The Time Cloak: A expandable dress, decorated with social media logos that explore the impact of social media on society. Inspired by #TAG Street Art, the icons display a hombre effect, as the dress progressively expands, representing how, as the population grows, individuals become more entangled in social media.

Since the turn of the century, social media has come to dominate and transform people's lives. Currently, 80% of the U.S population has a profile on at least one social media platform and spends over three hours a day on these platforms. As people become obsessed with communicating through photos and videos, they don't realize that they are withdrawing from social interactions in person and the harmful effect this has on society. The social media dress provides both an accurate and abstract representation of this topic. Five, progressively enlarging, laser-cut rings are tied, with rope to give a sturdy and robust structure, as neoprene fabric is draped around, displaying a dramatic and influential gown. The logos pop through the material, showing the increasing number of people who have fallen into this dangerous pattern. The social media dress is an influential wearable which accurately displays the rate of people withdrawing from in-person socialization.

The Time Cloak: A large, cylindrical cloak that represents social media’s effect on in-person socializing. Made of laser-cut wood covered with neoprene, the cloak is covered with felt social media icons that are clustered less densely nearing the bottom of the cloak, to represent the decline in social interaction with the rise in social media use.

While social media makes it possible to interact with people from all across the globe, this advancement in technology inhibits face-to-face socialization. The goal of the Time Cloak is to represent and inform the public of this consequence by contrasting the precipitous rise in social media with the sudden drop in social interaction, specifically among millennials and post-millennials.

The Time Cloak is constructed from several pieces of circularly shaped wood that create the exponential curve of the neoprene cloak, which mimics the rampant rise in social media use. In contrast, the pattern of the felt social media icons attached to the neoprene becomes sparser toward the bottom of the cloak, to represent the decrease in social interaction. The hope is that when millennial and post-millennials see this cape, they will recognize the negative impact social media platforms have on interaction in the real world.