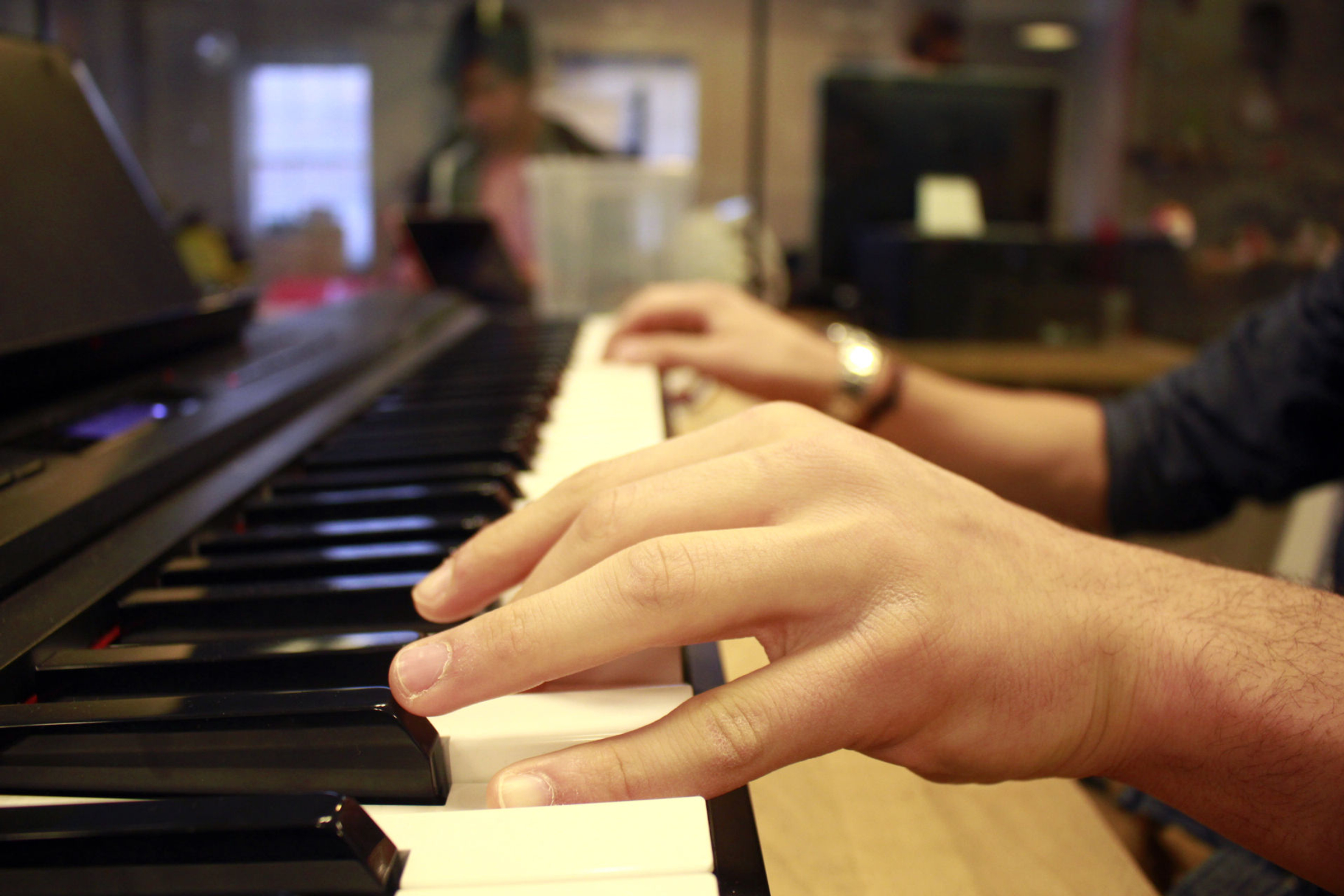 For our songwriting project, we started with a general lyrical idea. There were some complications when our group was thinking about the topic of this song, but it was decided that we would make it about a person missing their old life, or their regrets about the past.  There are many songs like this, but we decided that we wanted ours to be focused more on not achieving happiness rather than not achieving a certain job or having money.  After refining this theme a bit, we wrote down a first verse and created a melody and chord progression around it. Our original plan was to keep the same chord progression (F-Em-Dm-C) throughout the song, but this ended up being too monotonous and missing the melodic variation that we needed to sustain a listener’s interest in the song. Our songwriting process mostly consisted of writing lyrics and then creating a melody that fit with the syllabic structure of each line. After the first verse was done, we switched to a process of coming up with lyrics based around the existing melodic structure, as we wanted to keep the melody consistent between corresponding sections.

When we started writing our first verse, we fell into an AABB rhyming pattern. Since the chord progression in our original first and second sections sounded very similar, we wanted to add more variety to the rhyming style. We switched the chorus to an ABAB rhyme structure, which also helped it stand out from the rest of the song.

The song’s structure is essentially ABC, with two repetitions of each section, (A,B,C,A,B,C). On the second repetition, the B section is truncated to add variety and maintain interest. The C section, or chorus, remains the same lyrically and musically both times, while the A and B sections, or verses, are lyrically different each time but musically identical.

After coming up with lyrics and piano part, we decided to add a rhythm section. Since we were not able to bring in an acoustic drum set, we used one of the midi drum sets that were on GarageBand. We then edited a drum track to be simpler and softer. The simple drum track was used for both the A and B verses. For the chorus, we chose another drum track that was slightly more complex than the drum track for the verse so that there would be different textures in the song. As an added texture, we kept the metronome type track that was used as a metronome while recording the piano part. For the bass part, Ezra played the root notes into GarageBand set to a bass sound since we were not able to plug either a guitar or bass into GarageBand.