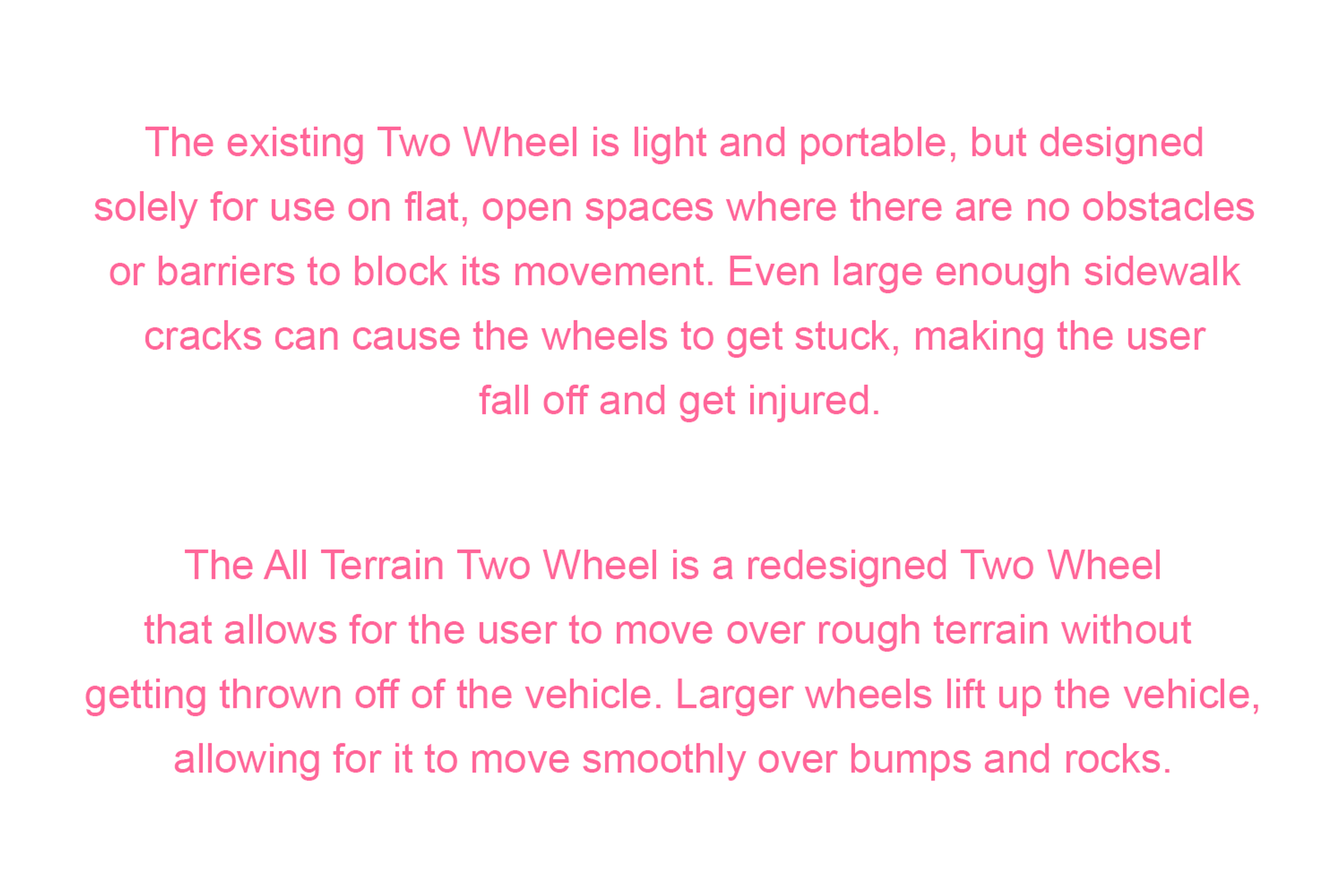 The objective of this project was to design a rugged, off-road version of the existing Two-Wheel personal vehicle. The existing Two-Wheel is designed solely for use on flat, open spaces where there are no obstacles or barriers to block its movement. Even large enough sidewalk cracks can cause the wheels to get stuck, resulting in the user falling off and getting injured. Our Two Wheel keeps the easy to use design, but it vastly improves handling on rough terrain.

We set out to change the fact that the common person could not ride a Two Wheel over uneven areas. Even the slightest hazards could send the passenger flying off of the product. When we designed the All Terrain Two-Wheel, we wanted to put the rider in the position of power. We did not want sticks or cracks in the road to be able to dictate the direction in which the rider traveled. Our vehicle has two, ten-inch diameter wheels to handle all terrain.  Its body is also designed to travel over unforeseen obstacles. Underneath the foot stand, the body slants down to a smaller flat piece on the bottom. This angle allows the All Terrain Two-Wheel to not get caught up on objects beneath it; instead, they just slide through. We used an accelerometer, a gyroscope, and a potentiometer to control speed and direction. All the rider has to do is to lean in the direction they want to go. To turn, the person has to put one foot in the forward position and the other in the backward position, so the wheels spin in opposite directions. For this project we used an Arduino and motor controller to make the motors work. We did not know very much coding, so we had to learn as we went while modifying existing code. The wheels were also a little tricky. It was hard to get them perfect, but eventually we were satisfied.