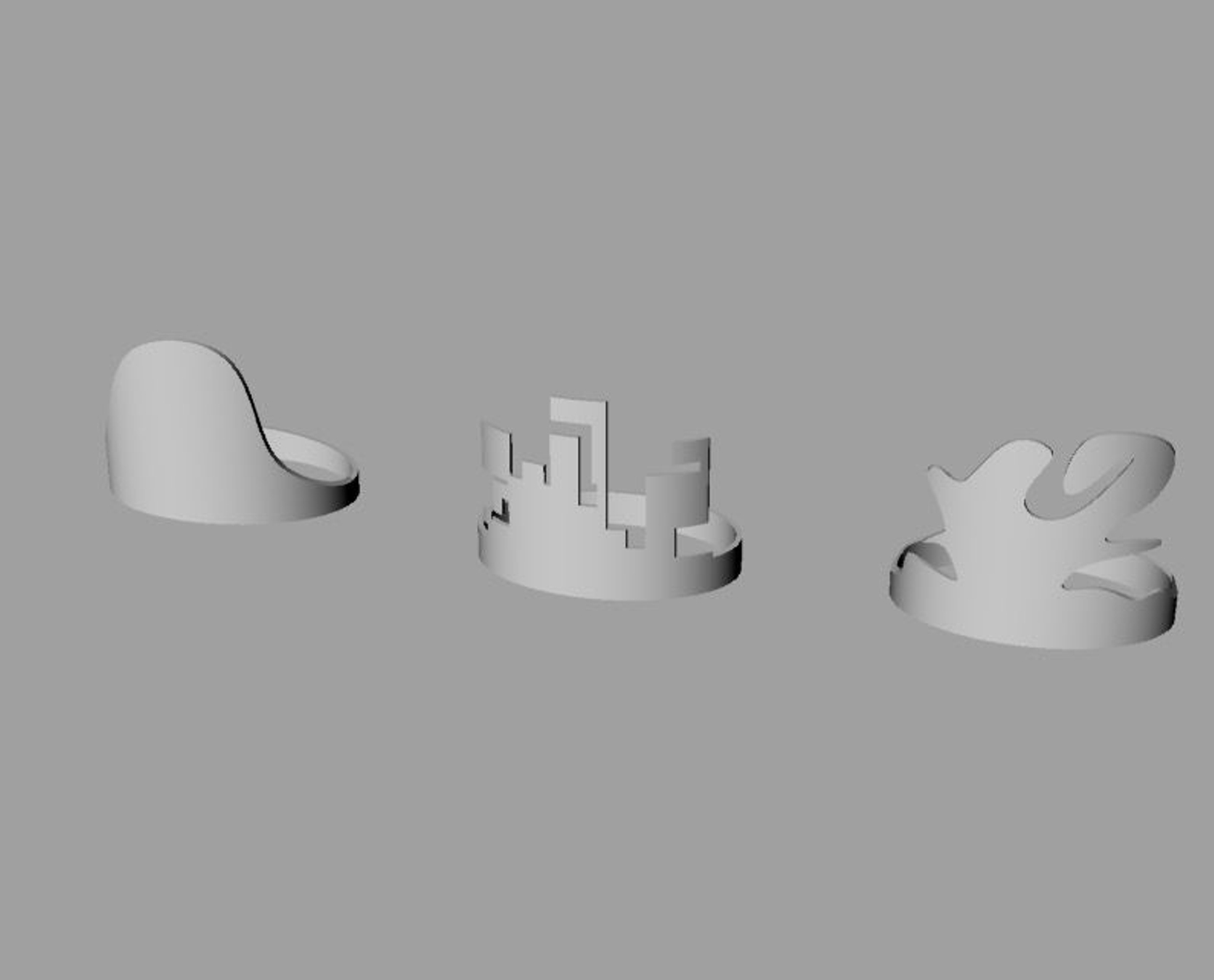 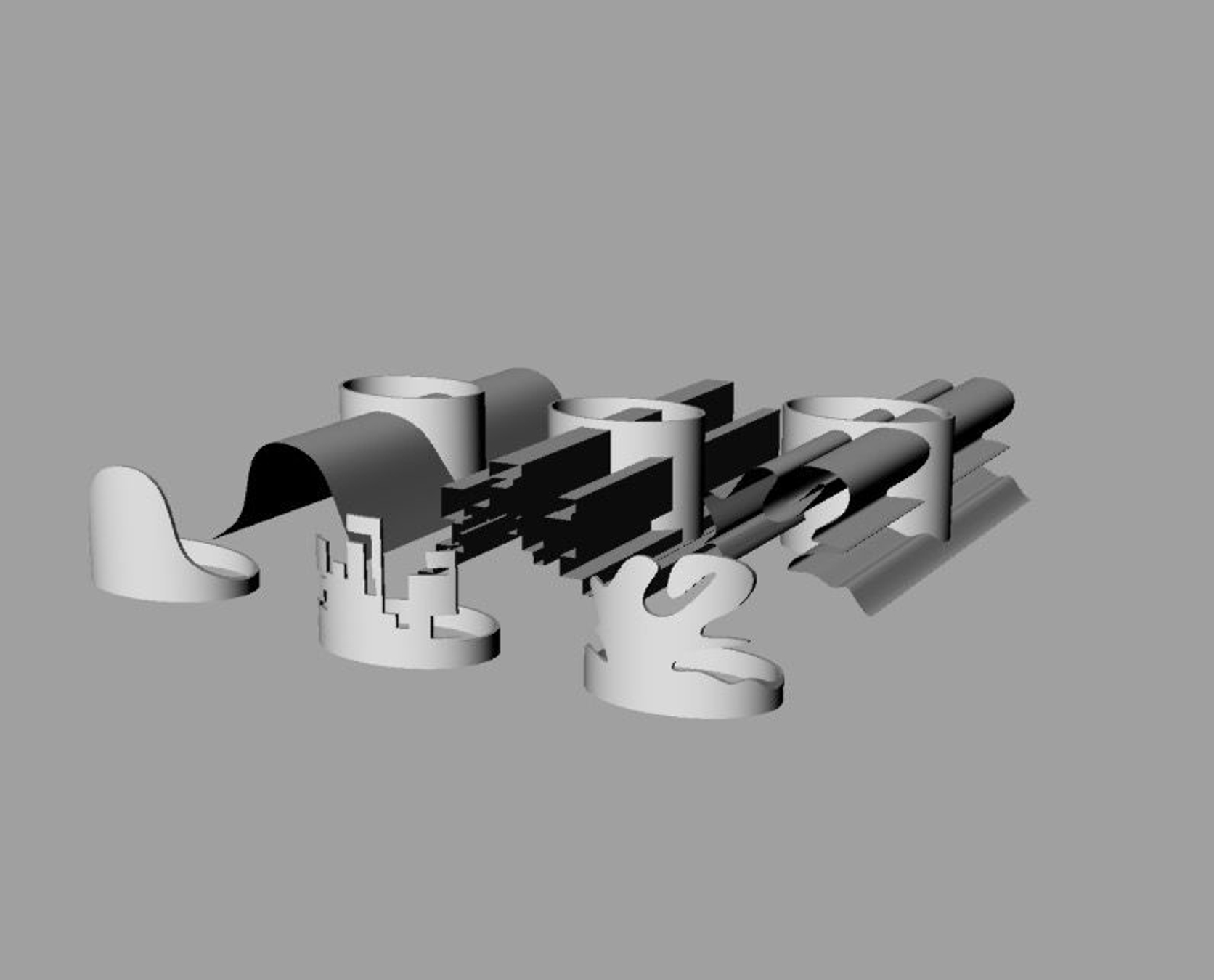 These are what I was talking about in my previous post-the connection between the bracelet and the handlet. With Rhino's crashing, the work I did yesterday was lost, but I was able to remodel it quickly since I knew what I was doing. First I made an ellipse, 45 mm by 65 mm, offset it by 3mm, and then extruded it 110 mm. After that, I made a simple curve, extruded it to go way beyond the ellipse, and then BooleanSplit it so the bottom half of the cylinder had the curve's shape. My second model, as I mentioned, was based off my concept and experience of anxiety. The third is the opposite, and I don't know which of the two I like more.