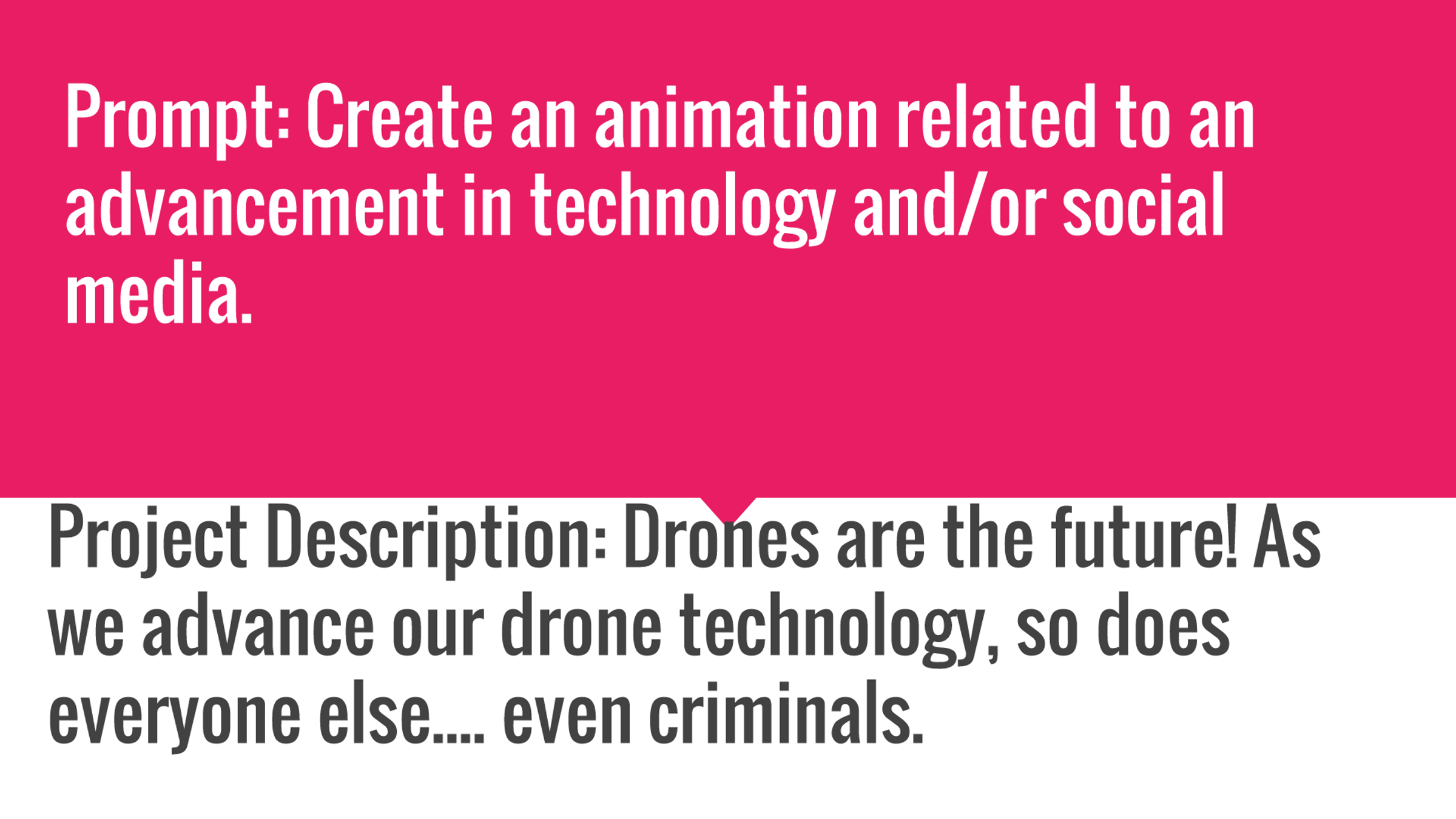 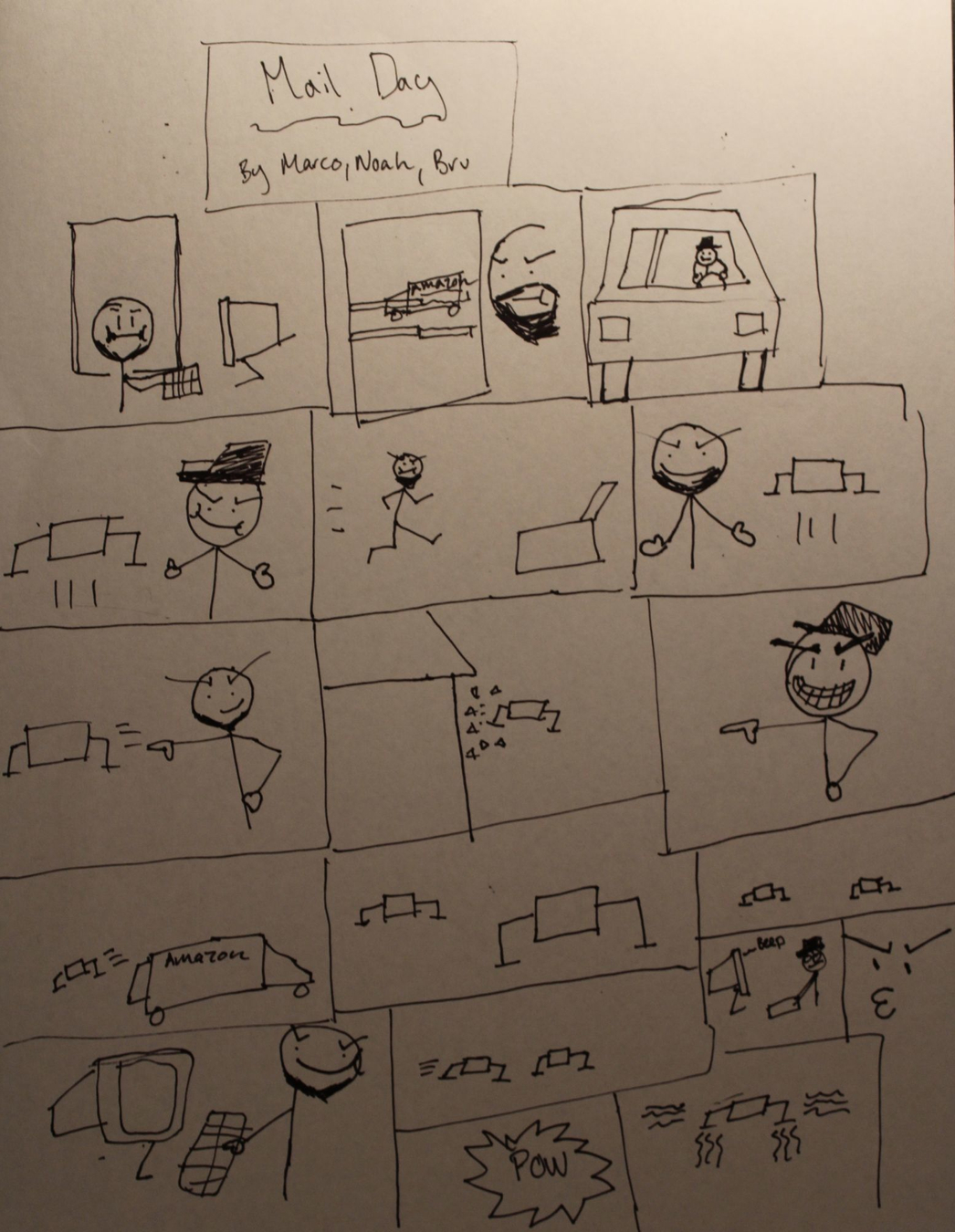 When we heard that the project must be about technology, drones immediately came to mind. From the start, we wanted our film to be funny, since most other groups were looking at the darker side of technology. To translate our idea into reality, we needed to plan out everything we wanted from this film.

The storyboard was one of the funniest parts of the entire project. A storyboard is a group of images that tell the story we are trying to show in our film. It really helped us keep track of what we were working on and who among the group was responsible for which part of the film. It allowed us to clearly explain our idea of what our film would be in a creative way.

Arguing over small things can be a waste of time and make the final product suffer. To avoid this problem, we needed to make sure that everyone was allowed to have absolute freedom of choices. For our individual parts, we each had a lot of creative freedom, which turned out to be a very good thing. Having the freedom to work on our parts with our ideas helped motivate us to make our parts as creative and unique as possible. When coming up with the individual roles people would chose, we all agreed which part we wanted to work on.

As we started animating, we realized how much of a challenge it was. Each of us had our unique styles of animation, which originally we thought would make the film confusing. However, it really makes the film more interesting and funny. Before animating, we all decided that we wanted our film to have a colorful and  cartoonish look to it. This way it would not only be easier to animate, but also give it a friendly look to it. The film ended out having a very animated tone to it which helps the comedic elements of the story.

The backgrounds in our animation are detailed without taking time away from designing the foreground. We decided to add the detail because without a good background, the audience has no idea where the setting is supposed to be.

The final part of our project was the sound design. This turned out to be a very difficult part of the project because we had very little time to do it. Only having the last 2 days to work on it, we decided to use a combination of original and pre-made audio clips. While some of the choices regarding the audio were rushed, we believe that the films audio came out quite strong. Many clips we added in to either elaborate more on the story, or for comedic effect.