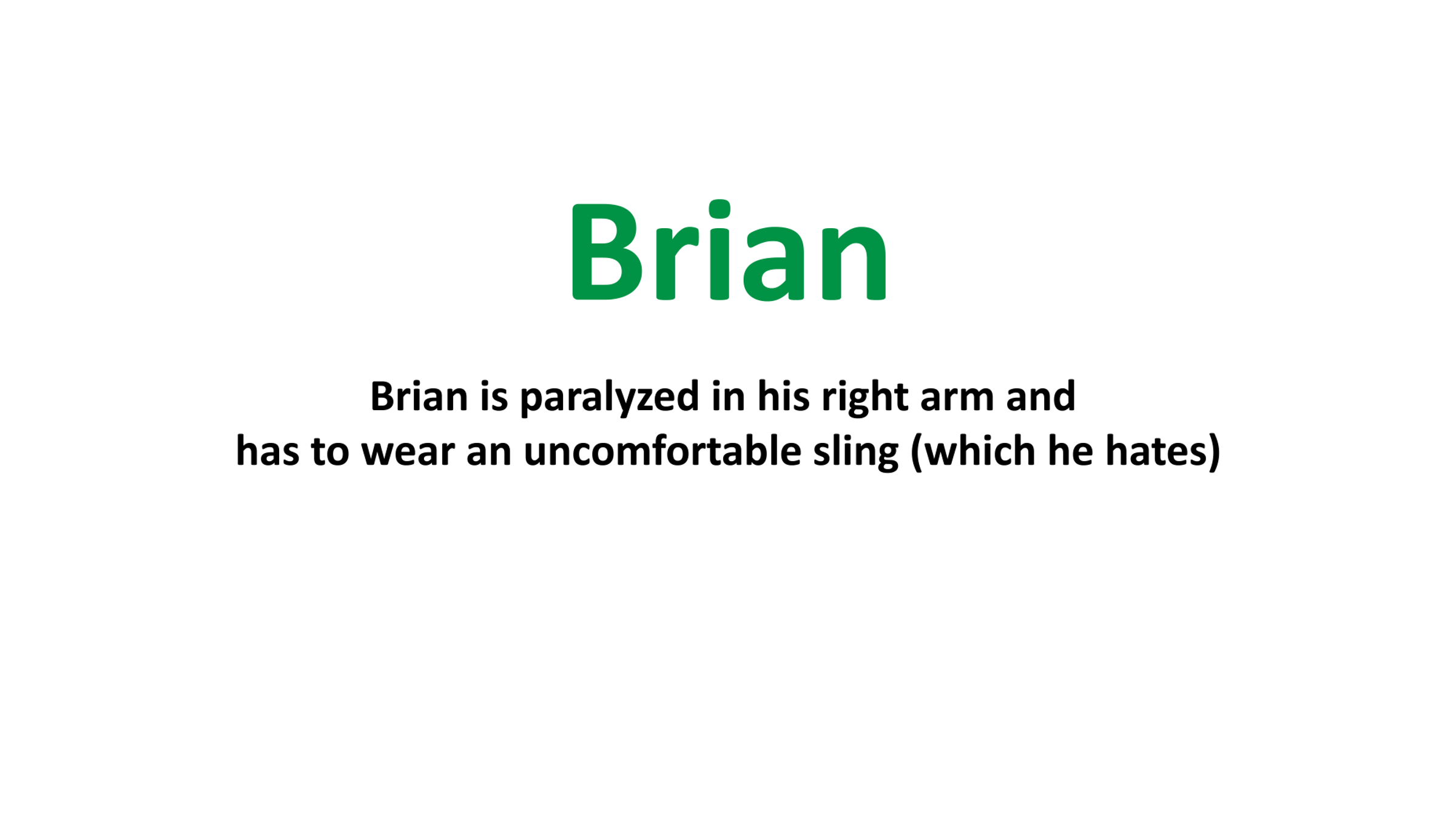 Brian is paralyzed in one arm and has to wear a sling to keep his arm steady and safe; on top of facing many extra challenges in navigating daily life, he finds wearing a sling burdensome and uncomfortable and has often wished he could adjust his arm’s position to enable him to perform certain tasks. He has many gripes with it, mainly the burden of the constant stress on his shoulder. The Exoarm was originally conceived of as a way for people with paralysis in an arm to lift things up with an arm exoskeleton. Attaching several pulleys to the upper part of the bicep proved to be both challenging and ineffective; the force required to lift the arm was mechanically improbable with that particular set-up. Attaching the pulley to the shoulder instead was possibly the most feasible alternative, but it did not meet solve Brian’s main problem with his current sling, namely the stress it puts on his shoulder. A mechanical adjusting system was settled on as more feasible and responsive to Brian's needs.

The Exoarm's locking mechanism is a carefully engineered uncluttered approach. It has four parts, all designed with fluid mobility in mind: a gear, a toothbrush, a holder, and a clothespin spring. The gear's teeth are longer and thinner, allowing the teeth to hold better; it is fixed to the upper part of the Exoarm, allowing it to follow the proper motion of an arm. The toothbrush is a rod that rotates to bite down and lock onto to the gear. Its teeth are the same size as the gear to allow fluid attachment. The holder also rotates and is angled in such a way, that it is easy to adjust. At the end, there is a rod that is press-fitted into a bearing inside of the gear; this allows for the two gear-infused holders to be attached the fore-arm brace to move and hold the arm. Finally, there is a clothespin. A simple spring that is put in the middle of the toothbrush, it allows someone to adjust their arm in many positions.