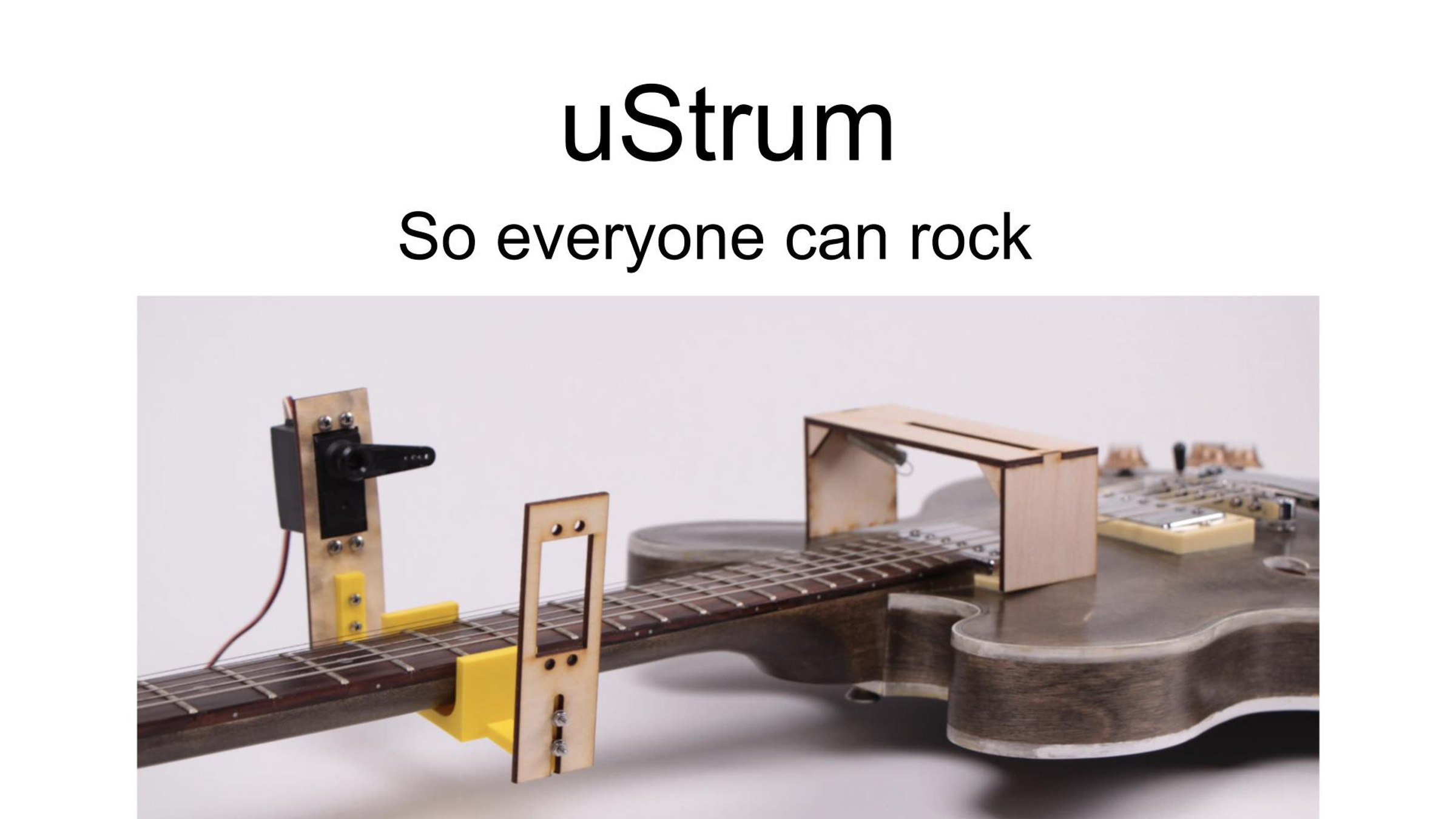 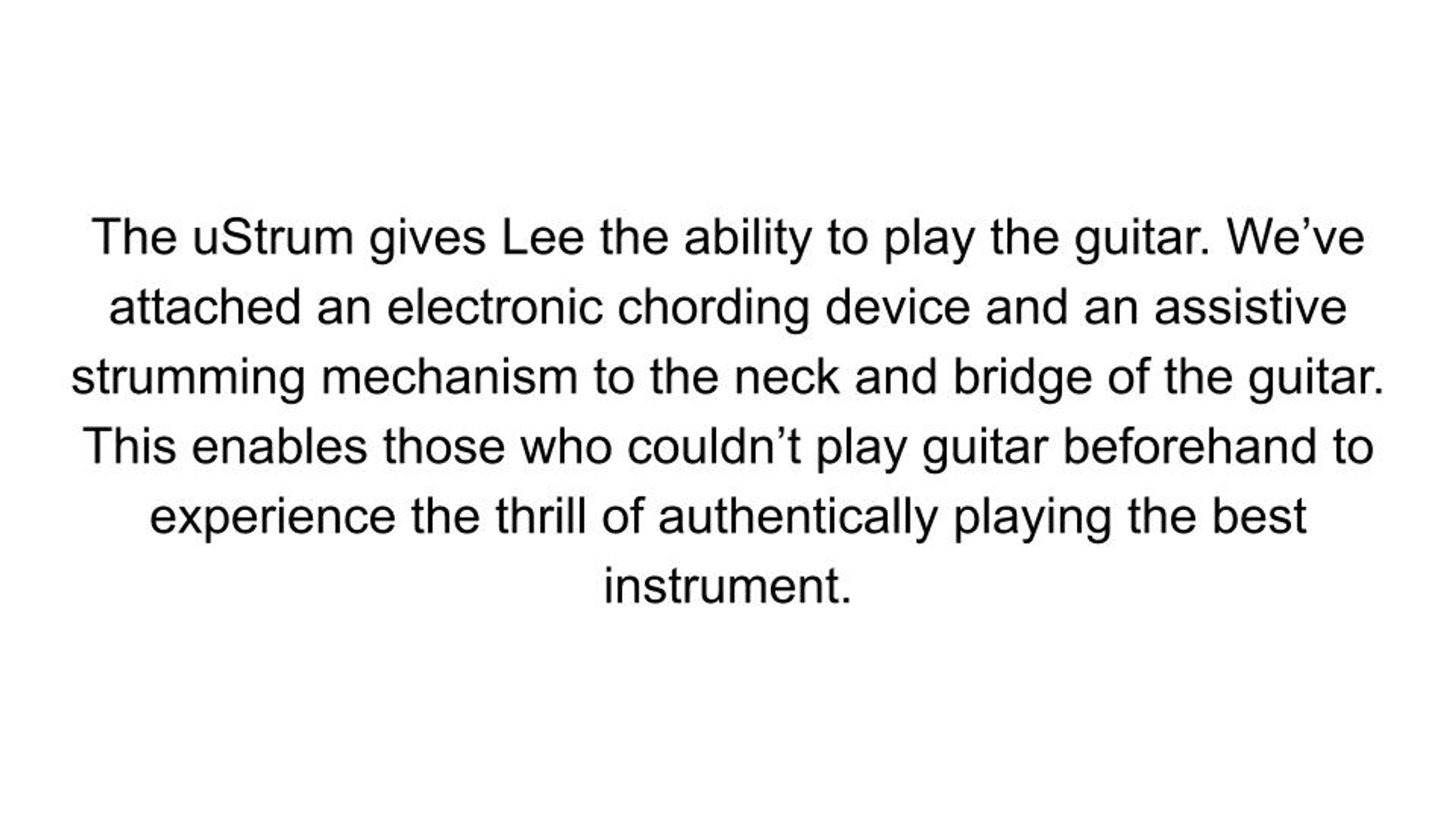 The uStrum was created for Lee Cusack, a UX Designer with Spastic Quadriplegia Cerebral Palsy. My partner and I are both passionate guitar players and we wanted to share our love of guitar with Lee. We created a device that gives him the ability to strum and play chords. This device can also be used by a wide range of people with motor difficulties.

The device works as follows: to play chords, there is a sensor that he can move his hand over. This helps him to mimic the movement of strumming while not requiring the motor function required to make a chord. When he activates the sensor, two servos press down on a chord on the neck of the guitar. For strumming, Lee uses his other hand to hold onto a handle on the body of the guitar. Lee pulls on the handle to drag the pick across the strings, and then a spring underneath pulls the pick back the other way. This is because it is easier for him to pull than to push.

The uStrum was designed for Lee Cusack, a man with Spastic Quadriplegia Cerebral Palsy. The goal of the uStrum is to give Lee the chance to authentically play the guitar. My partner and I have a great passion for music and guitar which made us think about how we could integrate one of our hobbies into this project. The uStrum is made up of two parts: one is an electronically driven mechanism that helps the player press down a chord. The second part is a device that allows the user to strum the guitar without needing to move their arms very much.

We interviewed Lee and asked him what he has always wanted to do but hasn't been able to because of his physical disability. He told us that he loves music and we thought it would be amazing for him to have a way to play the guitar in an authentic way. We broke down the different aspects of playing the guitar and thought about ways that would allow him to play the chords and strum. We worked with electronics and attached a sensor that detects the motion of Lee's hand when he hovers over the device. When the motion is close enough to the sensor, the shape that forms the chord pushes down on the fretboard and lifts back up when his hand moves away from the sensor. The strumming mechanism works by using the other hand and grabbing a handle attached to a pick on a slider. Within the sliding mechanism, there is a spring that helps guide the pick back and forth, making it easier for Lee to strum the guitar without needing to move very much. The uStrum allows everyone to have the joyful experience of playing the guitar in a modified yet authentic way, giving everyone the chance to rock.