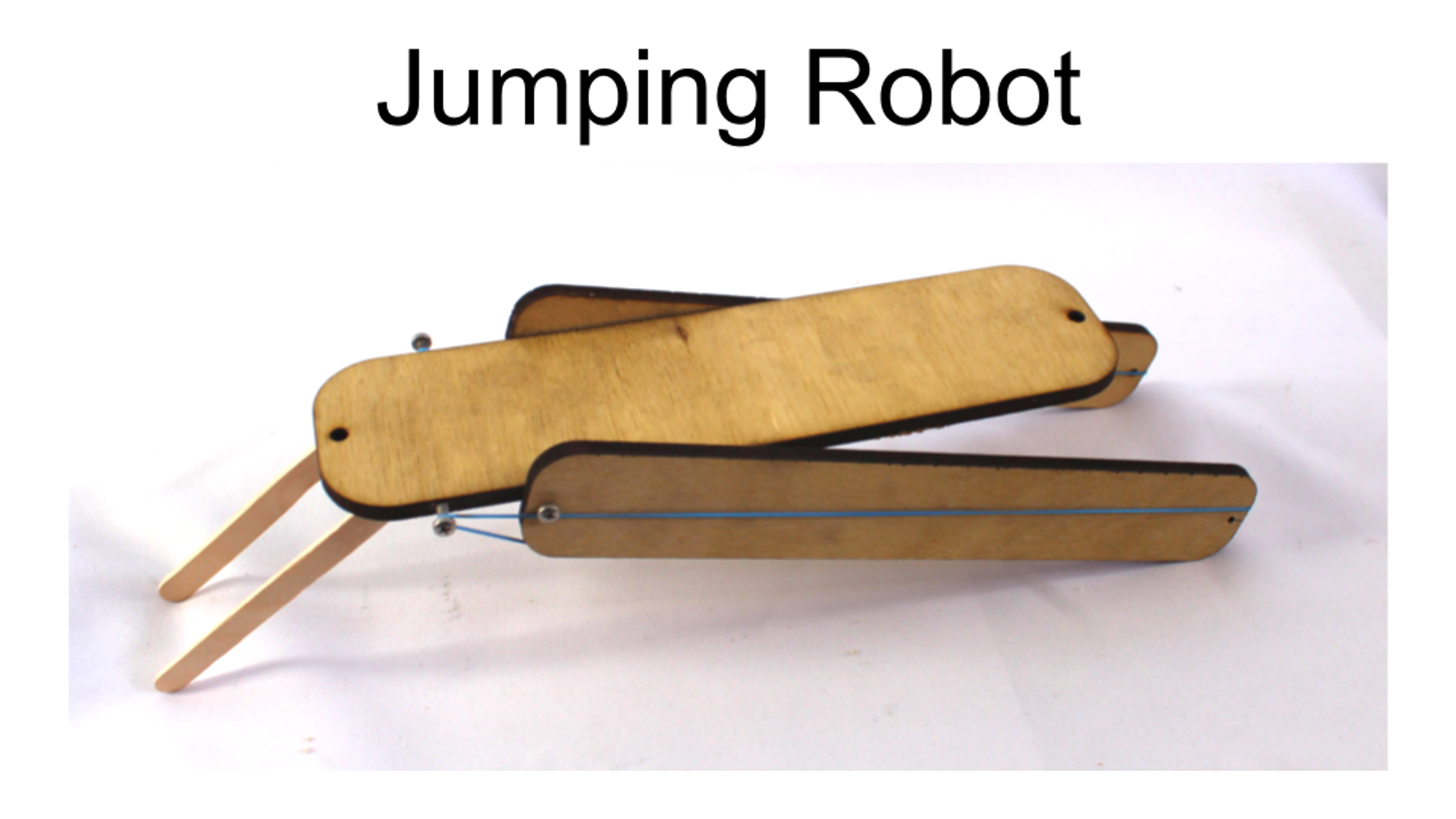 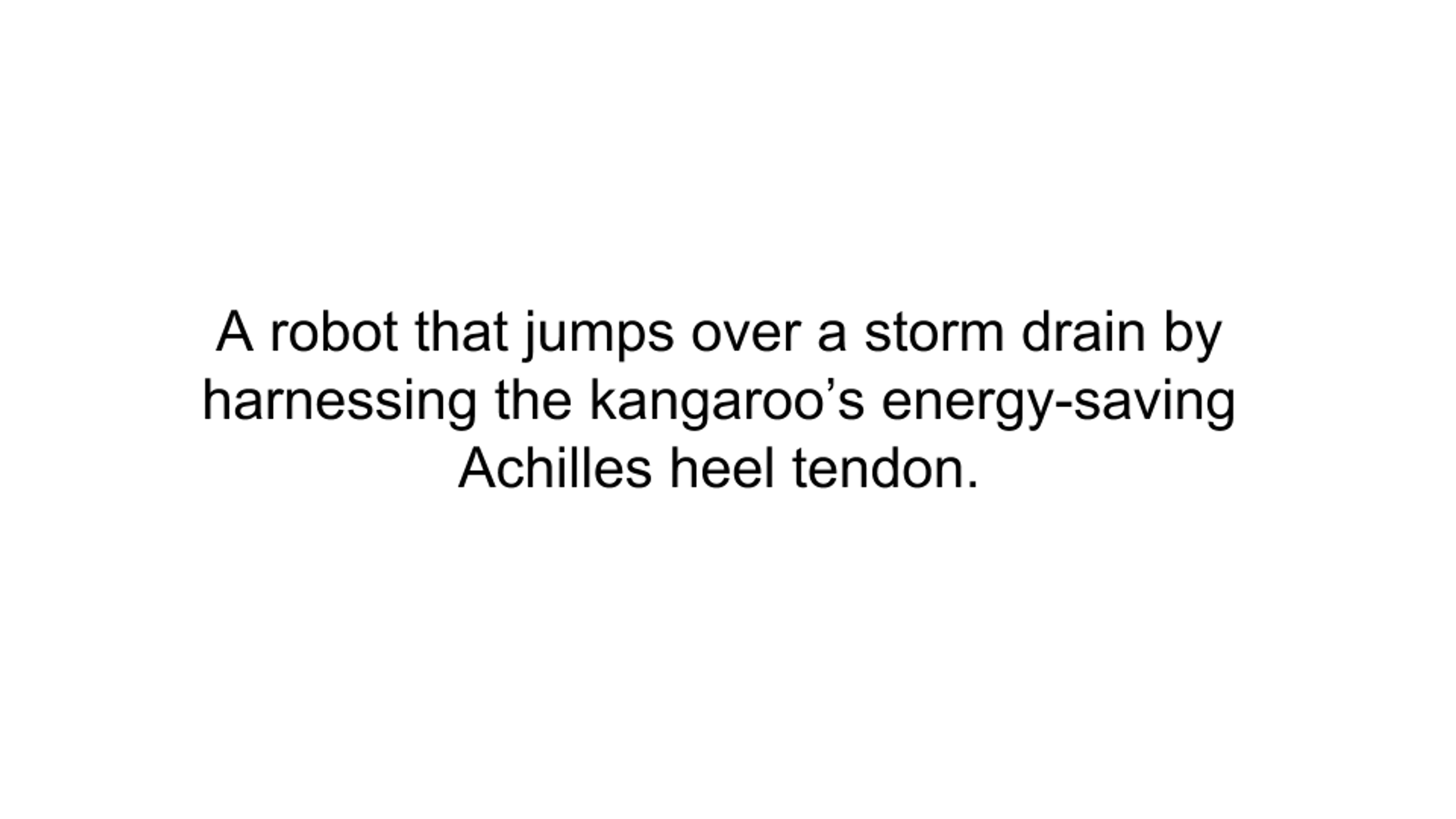 Jumping Robot A robot that jumps over a storm drain by harnessing the kangaroo's energy-saving Achilles heel tendon.

This is our kangaroo prototype.  The idea was that we wanted our animal to jump as much as it can instead of walking.  We wanted it to jump because we felt like it wouldn't have to traverse as much of the terrain as it would if it would walk.  We also wanted it to jump because it would provide more of a challenge.  We wanted to make our legs out of a design kind of like prosthetic legs.  So, at first, we made a round spring so it can jump.  We then wanted to test if it could jump.  But that proved a problem as we needed a body but it couldn't really bit fitted into a body.  And then it became a problem when we wanted to try and make it less flexible as it was.  So we then made two legs.  After looking at the kangaroo and how it jumped, and a couple of Festo robots, we used a rubber band to resemble the kangaroo's Achilles heel tendon.  The tendon stores energy and wants to expand while its not jumping and contracts while the kangaroo is in mid-air.  Unfortunately, we couldn't test our animal because we didn't make the body fast enough. But thanks to the experience, we learned that we should use different material for drilling and what to make so it could jump.