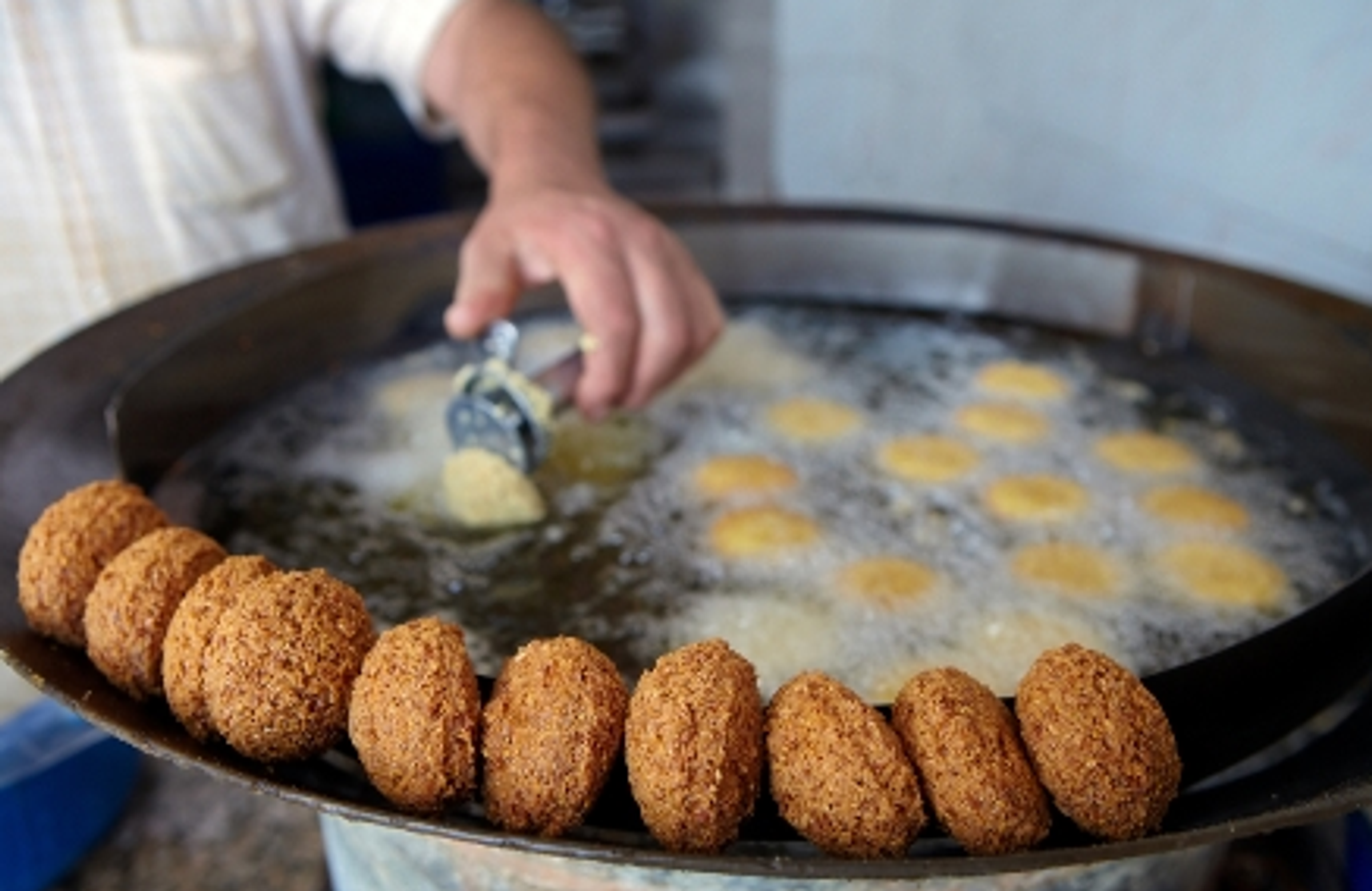 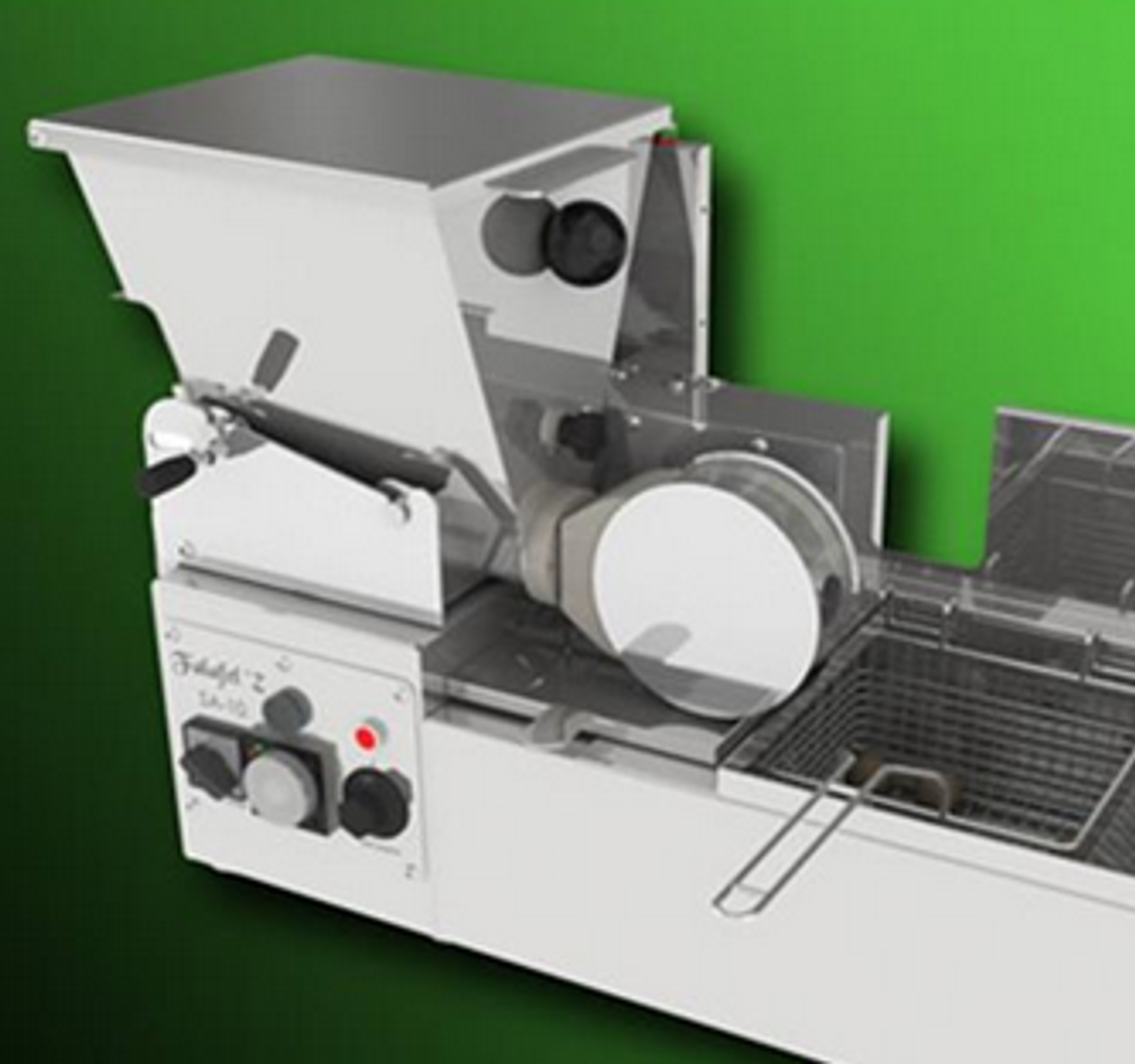 Falafel is a delicious meal but it takes a long time to make and because of this, having it in a food truck, and having it run efficiently, is nearly impossible. Our solution was to make a Falafel cart that automated the tedious tasks of making falafel. There are many steps in making falafel that could be easily automated to speed the production process. We would design a food cart that would takes these repeated tasked and automate them making a fast and efficient food cart that served fresh falafel. We split up the falafel making process into smaller jobs that had to be completed. We were given the frying job and more specifically we would automate the process of balling, frying, and flipping the falafel.

We felt that we could make an amazing food cart that could make fresh falafel with less time and human involvement. We would accomplish this by automatically extruding, frying and flipping the falafel. In the end we found the actual extruding process difficult to automate and over all not necessary for our cart. So the main thing that our group focused on was the Frying and flipping. We accomplished this by designing a series of frying baskets that all sat in the same tub of oil but could move independently. This would accomplish a few things but mainly making it so each falafel sandwich would be made separately so we knew each sandwich would get the same amount of falafel and they would all be cooked the same amount. One of the main challenges of this project was the create a good design for the basket and get all the friars to move independently. Along with the design challenges, it was very difficult to work in a small team that was a part of a much bigger group. Many things we did were thrown to the side because of the lack of communication with the other groups.

We had two main iterations of our project.

The first involved an extruder and one large basket. Very early on in the project, we felt that as much of the falafel production process should be automated as possible. This meant that in the beginning our group wanted to make and extruder. The extruder would we filled with pre made dough and then pushed into our shaper. Our falafel shaper was a spinning cylinder with falafel sized disks cut into them. The idea was that when the disk circled around, the compressed falafel dough would extrude into the disk cut out, and then as it spins, it would cut the dough off and drop it into the fryer. Another part of this iteration was the fryer. The fryer was one big fryer with one flipper. The flipper was basicly a basket  that pivoted when the falafel was cooked and flipped it onto the conveyor or whatever was the next step. We liked this design because it was simple and it could make a lot of falafel really fast.

Our next and final iteration had no extruder and multiple baskets. After a lot of talking with our group and other groups, we felt that an extruder was not necessary. It was hard to make, might destroy the dough, and over all not necessary. At this point in the design, we had already decided that there were would to at least be a few people working at the cart, and it would be very easy for one of them to either ball the dough, or put pre balled dough into the fryers. Also in this iteration, we also added multiple baskets. This was done so that each falafel sandwich was made separately. We did this so that we did not have to stockpile falafel and that each sandwich would get the same amount. The challenge of this is that each basket had to pivot separately and keep track of its own time. At the end of the project, we have a working quarter scale model of our fryer. It has multiple baskets that all pivot separately and dump into our funnel that bring all the falafel into one point before being dropped onto the conveyor.