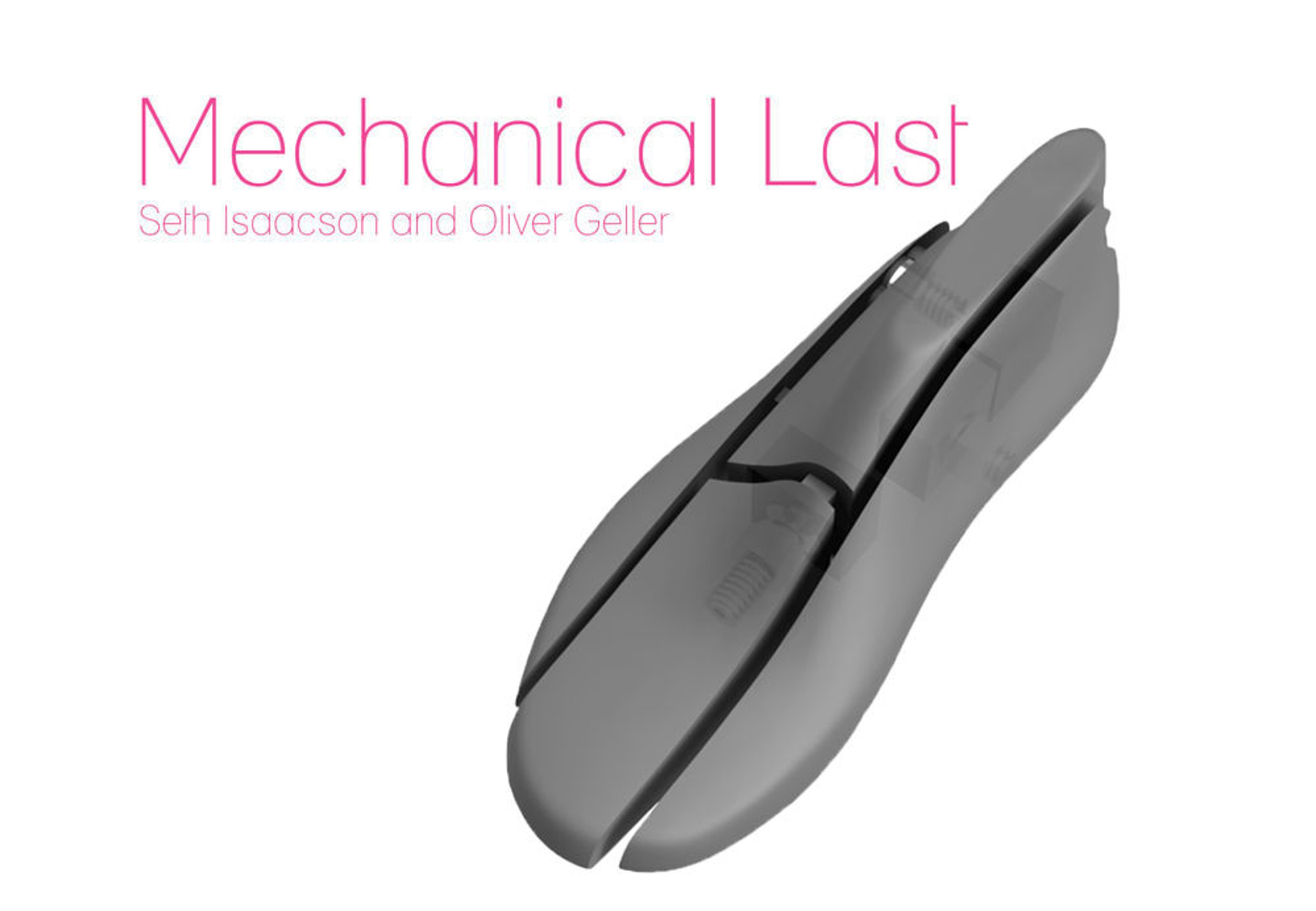 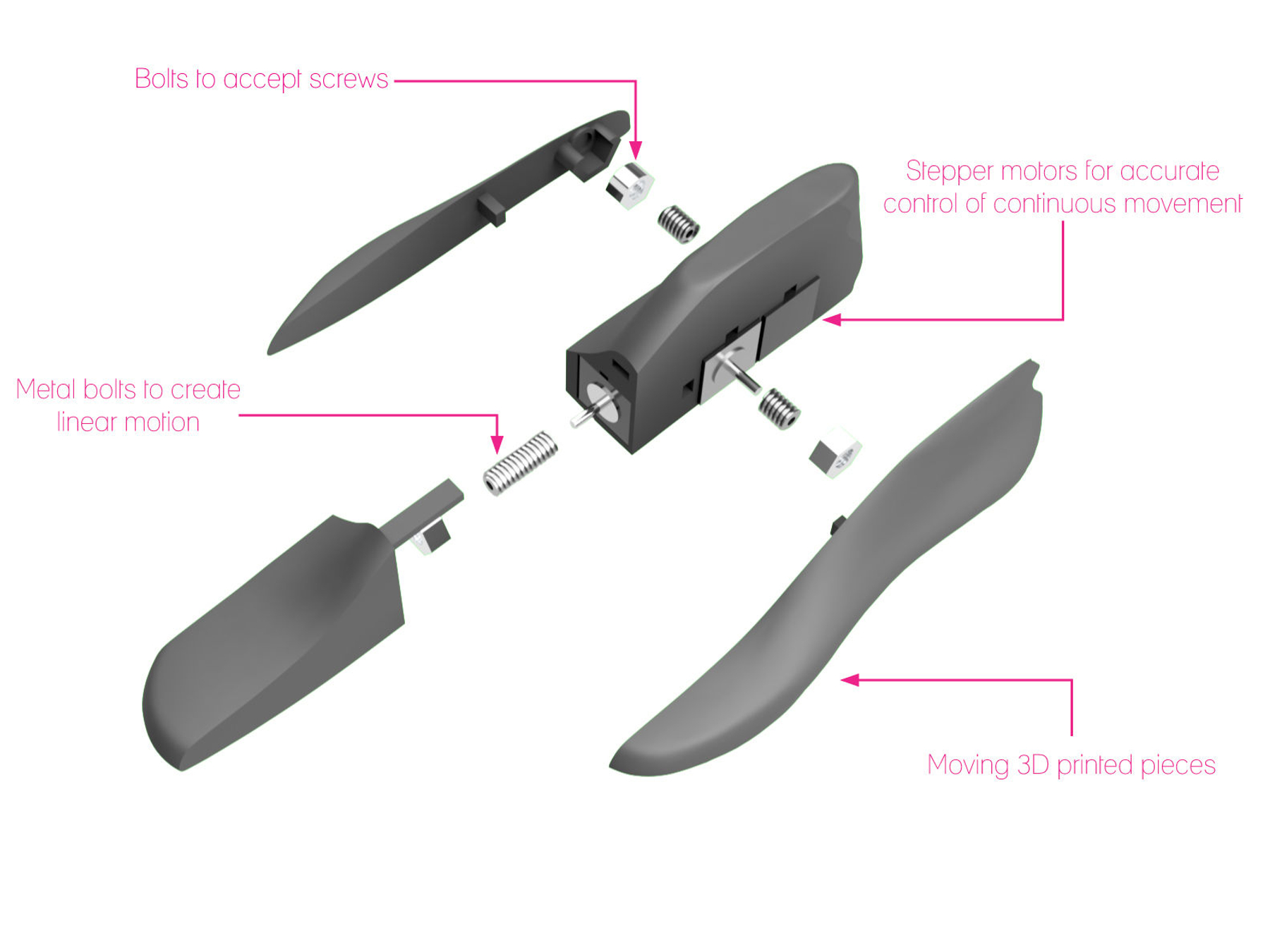 One of the most important pieces of clothing that we have is our shoes. Shoes protect our feet from dangerous surfaces, keep feet safe from the elements, and look fashionable. However, since human feet vary so vastly in size and shape, making shoes that can conform to the feet of multiple people is a difficult challenge. The shoe industry's solution to this problem is to have thousands of plastic molds, known as lasts, for different sizes of feet. This is very expensive and takes up a lot of space. However, small shoe manufacturers are unable to acquire so many lasts. We solved this problem by creating a last that automatically adjusts to one's foot.

Our automatically adjusting last is made up of 4  3D printed pieces - 2 moving side pieces, a moving front piece, and a stationary center piece. To individually move the sections of the last we used 3 stepper motors, with metal screws and nuts to allow the turning of the motors to move each piece forward and back. Since the stepper motors require both a microcontroller board and their own drivers, all electronics, with the exception of the motors, are housed neatly in a box outside of the Last. The whole thing is powered by a combination of USB computer power and a wall adapter.

For controlling the last we used a Rhino plugin called Grasshopper which is a block-based programming software which can manipulate Rhinoceros 3dm files. This, used in conjunction with Firefly which allows Grasshopper to communicate directly with Arduino microcontrollers, allowed us to make a program that analyzes a 3d scan of somebody's foot, and used data collected from that scan to move the model to match the user's foot.

This product will not only allow small shoe manufacturors to have one versatile last instead of thousands of staid lasts, but it will also allow people with irregular feet to have shoes custom made to order.