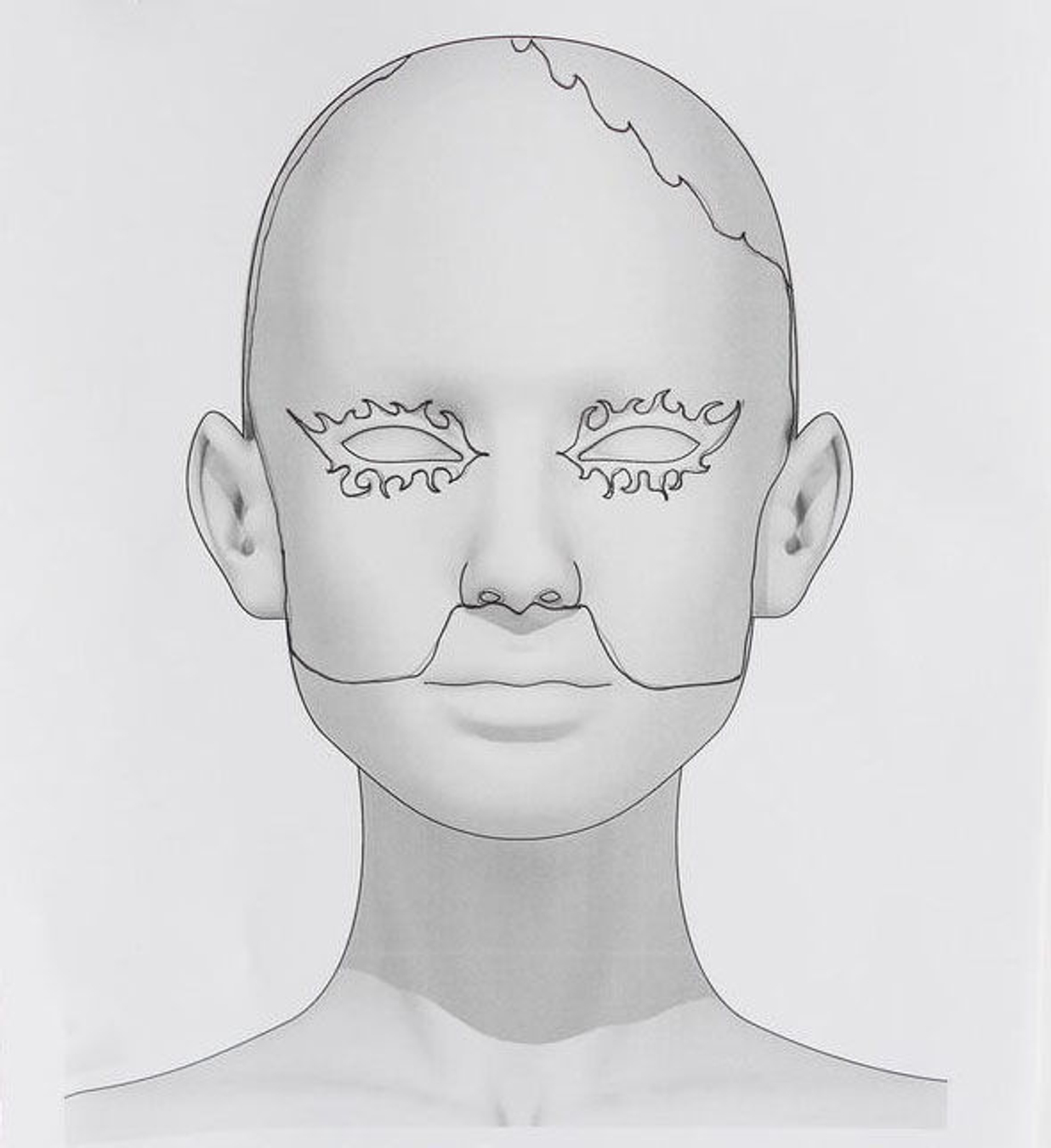 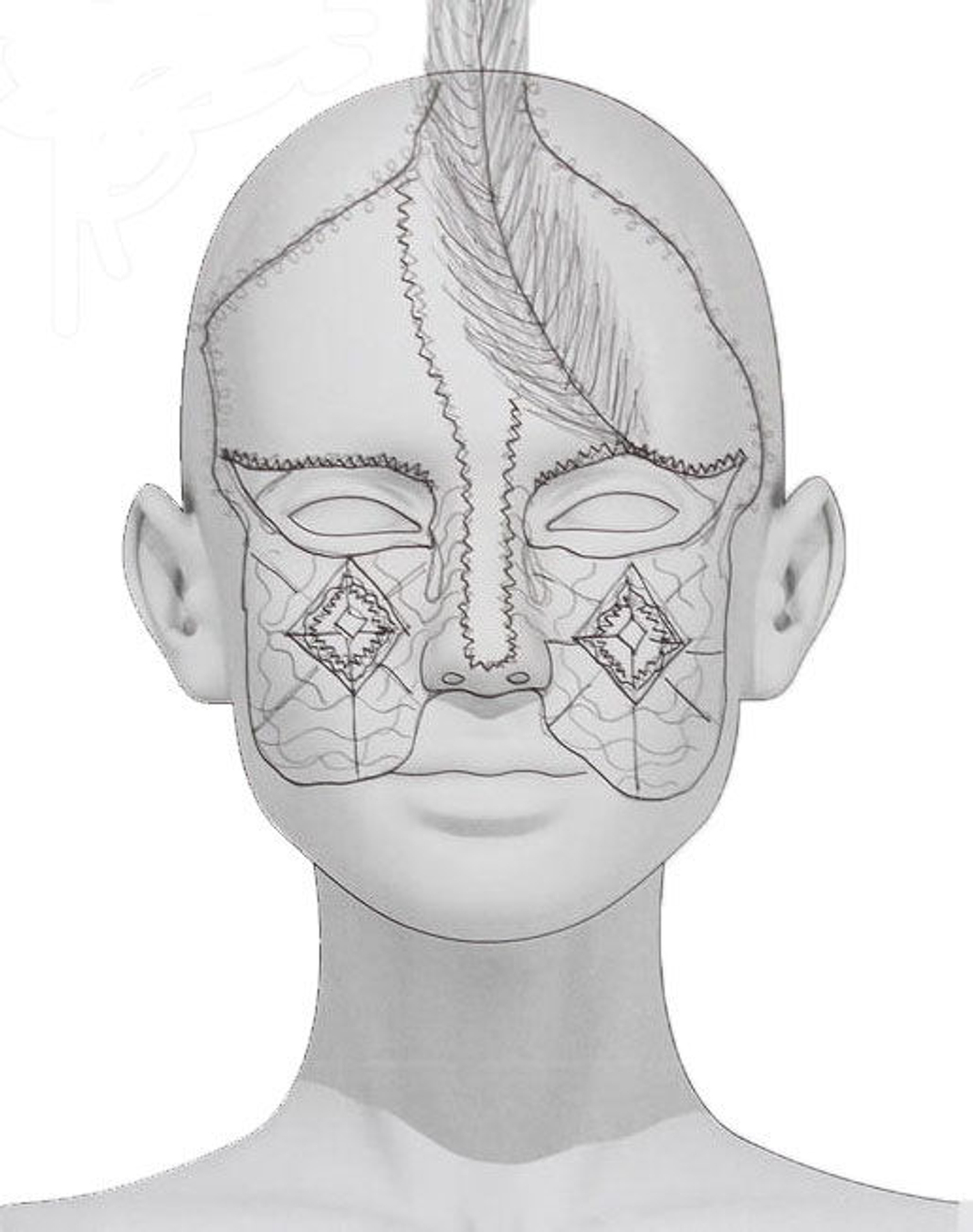 By the end of this studio, we were able to create a cohesive mask that was both stylish and protective to affected areas of the face. During the first few brainstorming sessions for our mask, we all agreed that we wanted our mask to stand out and look unique, rather than be concealed and hid. We experimented with different design techniques, mechanical aspects and style ideas to create a mask that was eye catching and aesthetically pleasing.

During our first few brainstorming sessions, it was clear that we had a ton of great ideas that ranged from a mask full of feathers, to a mask fit for a halloween party. To organize all of these ideas, Adut, Esther, and I worked to put all of our design ideas into sketches and decide which design ideas we liked the best. After narrowing the sketches down to two, we were able to take elements from each of the sketches and put them into one main sketch.

When we finally had our basic design idea down, we started prototyping and designing the underlayers of our mask. During the first few days of our project, we had all agreed that including a heating element in the mask would make it that much better.

When working to create our first iteration, we decided to use a laser cut a thicker type of paper that would be foldable to resemble the shape of the mask. This method was very helpful in seeing what areas of the face that the mask would cover.

For our second prototype, we used laser cut small to medium sized triangles that would be used on top of a stretchy fabric that would help the mask maintain a sturdy yet moveable appearance. Adut and I experimented with sewing the triangles onto the fabric. This method proved to be tricky and not very successful.

The next iteration of our mask used a white felt material that had wire surrounding the edges of it and offered a flexible structure to it. We decided that this prototype was very successful in creating a mask that was super comfortable to wear. While this prototype was successful, it wasn’t the prettiest design. To make our mask more appealing, we decided to use this felt and wire prototype as an underlayer that wouldn’t be visible to the outside of our mask.

By the end we created a mask with three sets of attachable pieces and a comfotable understructure that would protect affected areas of the face while being a fashionable accesory.