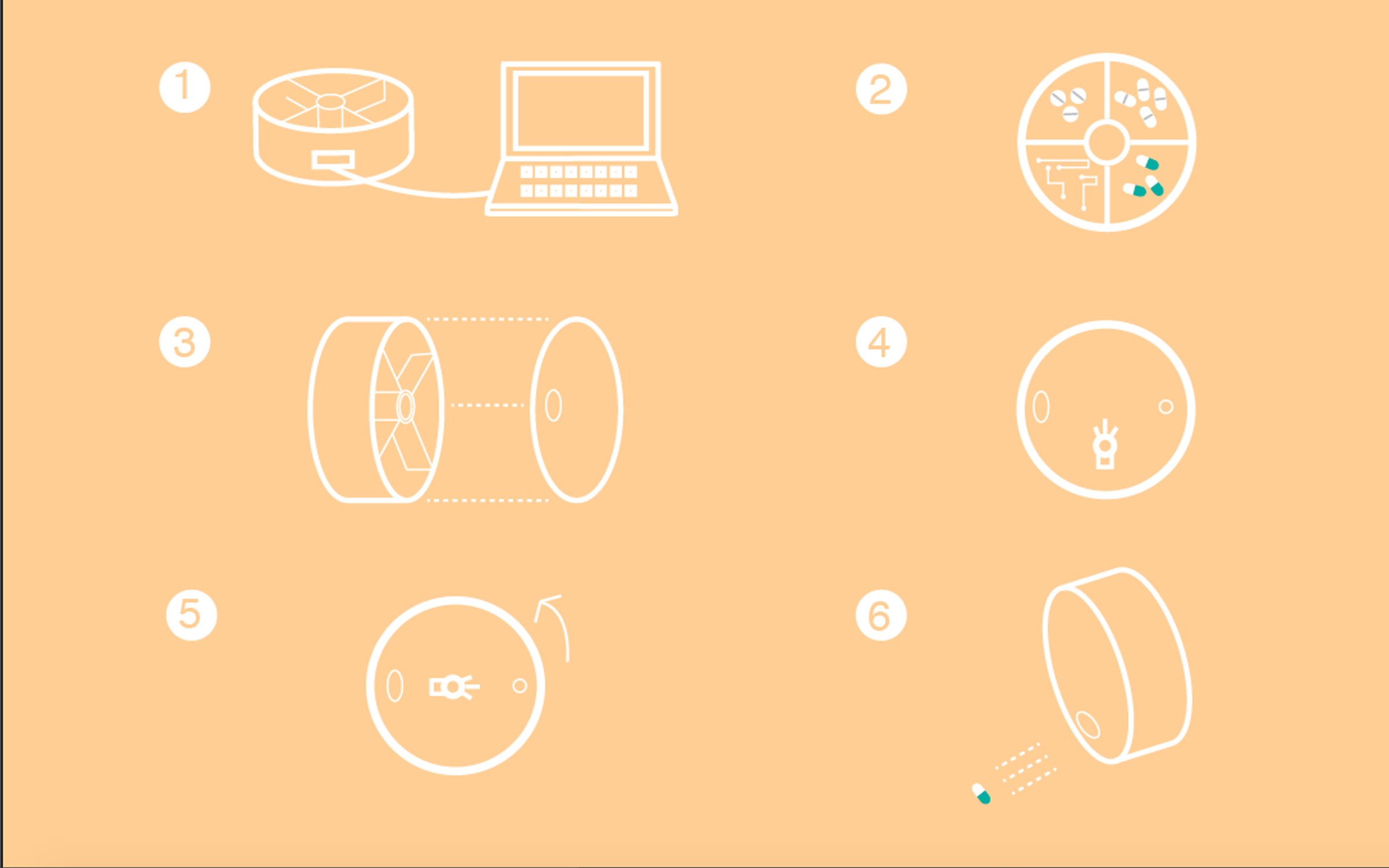 The main idea of our project was to help victims of medical non-compliance, specifically those who forget to take their pills. After extensive research, including conversations with a doctor, we found the biggest problem in all the apps, and other reminders was that users did not always have their pill boxes on them. Pill reminder apps remind the user to take the pill, but if the user did not have their pill box with them, then the reminder would be useless. When designing our product we took that plight into account, and created a pill box that reminds the user to take their pills.

Through the Python software that we developed, the user can input the day, time, and for how many days they would like to be reminded in a row. The Python software corresponds with the Arduino code, communicating to the Arduino when plugged in. The software can accommodate up to three different kinds of pills for users taking many pills at a time.

The pill box design has four distinct compartments: one for the electronics- the Arduino Digispark- and three for pills. There are LEDs in each of the three compartments to display to the user which pill they should take. When it's time for the user to take their pills a vibrater will go off inside of the pill box.  After, one of the three  different colored LEDs will light up, indicating which pills the user should take.

When designing our product on Fusion 360 we were meticulous and cautious of the size of our pill box. We wanted to create a product that would only take up a modicum of one's pocket. We achieved our minuscule size by placing the small battery on the bottom, and using an Arduino Digispark, which is the smallest consumer Arduino. Making our design so ergonomic, and small did come with some setbacks. We overcame most of them, and in the end the only problem that we still need to solve is the lack of space in compartments.