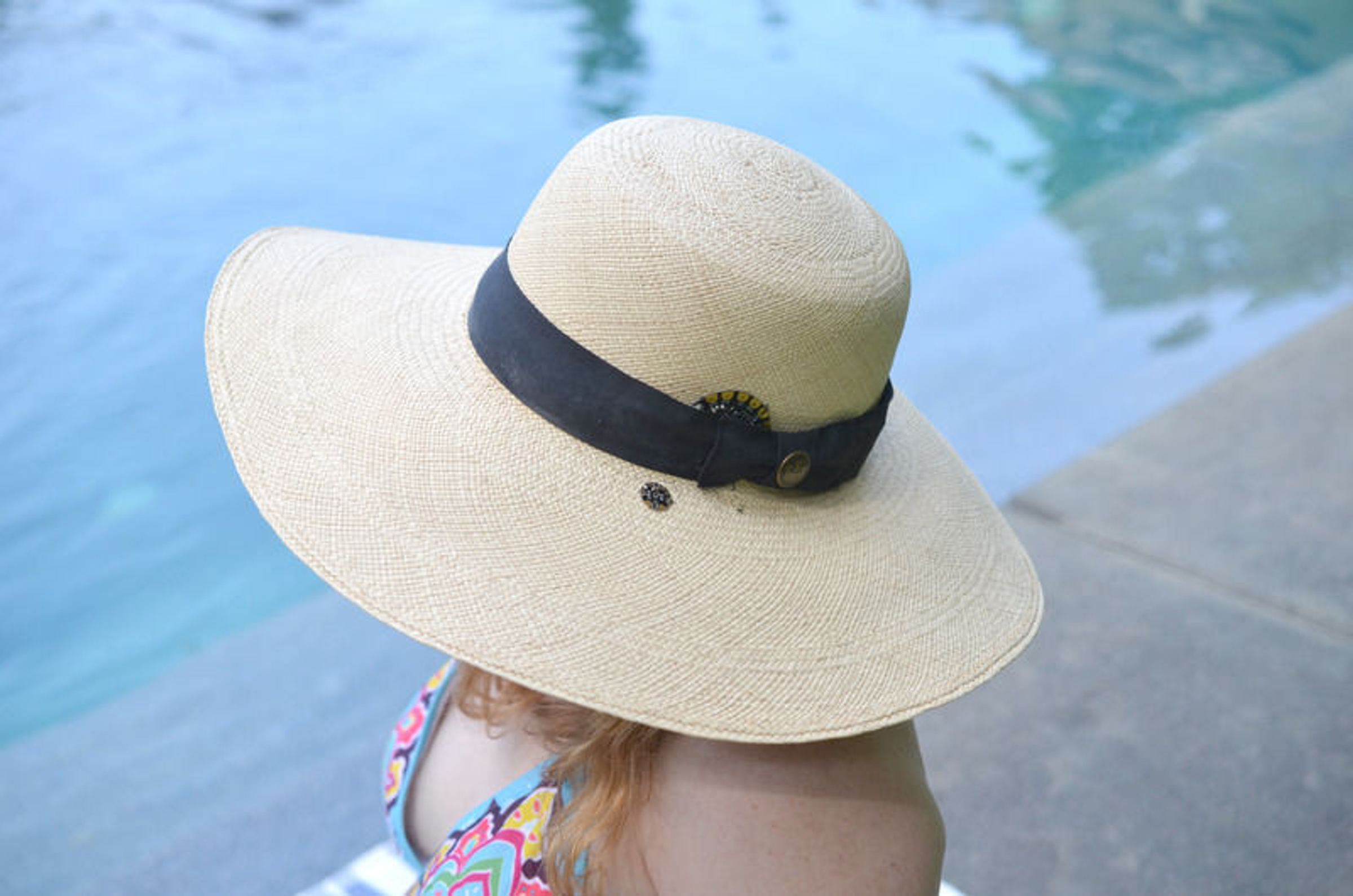 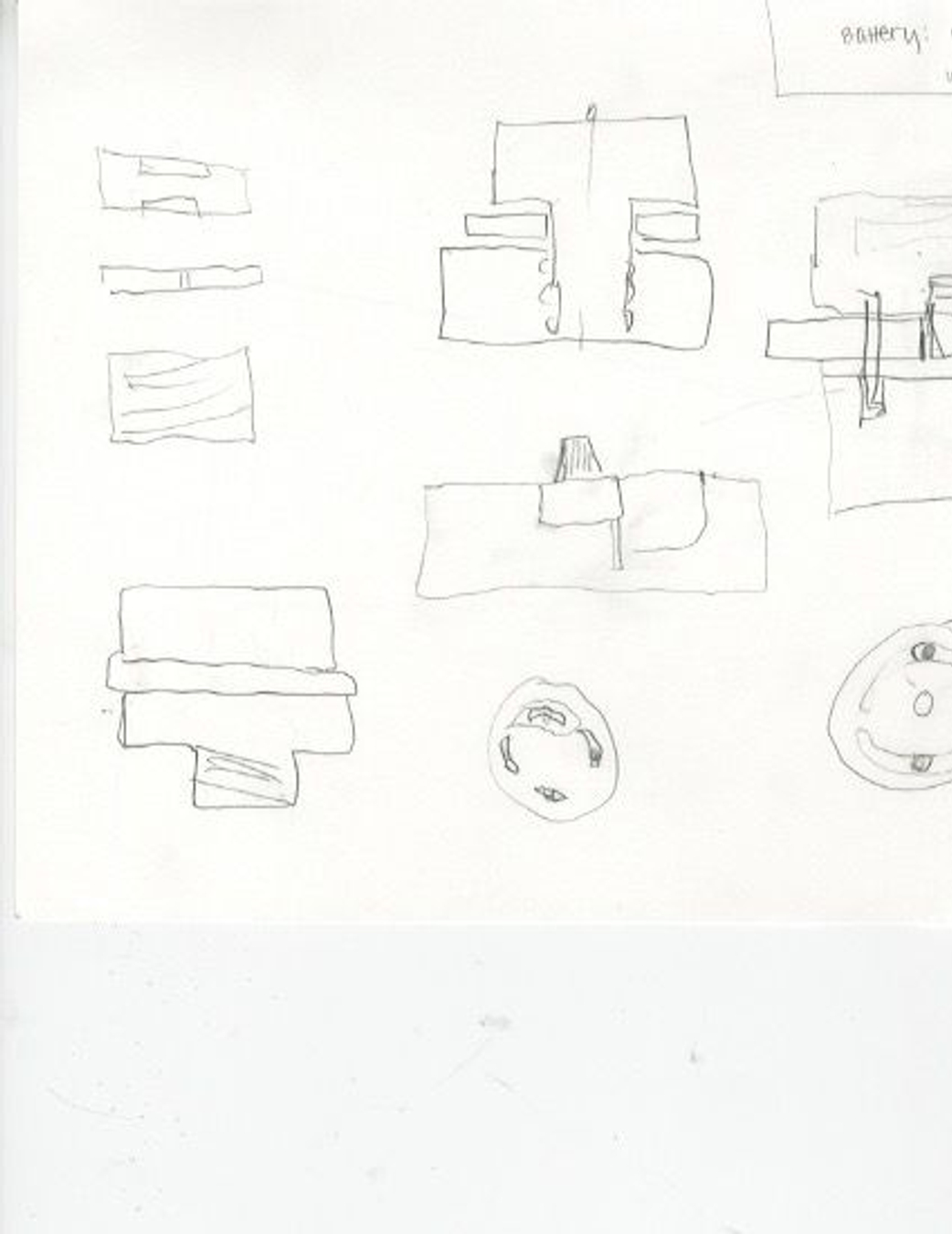 We originally got our idea from a product known as the Sunscreen Reminder Hat, which is a programmed sensor on your hat that reminds you every hour to reapply sunscreen. We know that a physical reminder works to increase sunscreen application based on a study that we researched. The research had 70 people, 35 getting text messages saying to put on sunscreen and 35 not. At the end of the time period only 30% of people who did not recieve text messages applied sunscreen and 56% of those who did get the texts applied. This shows a physical reminder does work to increase sunscreen use.

For our first iteration, we designed a large cap in Rhino, which would be separated into three different sections. The top would hold the UV sensor and the Arduino, the middle would be the dial, and the bottom would contain the buzzer and the battery. We also had a little hole through the top for wires to go through. After we 3D printed it we realized the measurements were off and the sizing was too big and bulky. Another problem with this design was the thin rods which broke off and were way too long.

For our second iteration, we re-designed our lid in Fusion instead of Rhino. We made our measurements smaller and more logical. We added a hole for the sensor to be placed in and got rid of the small hole. When we 3D printed it for the second time, there were only a few things that needed to be changed; the holes were not the correct size and the hole that would contain the UV sensor was too small. We also shortened the rods but they ended up still being too long. The bottom piece also did not fit on to the bottle that we designed it for.

For our third iteration, we went back into Fusion again and made adjustments to the bottom holes and to the length of the rods because they were too long. We also made the bottom piece fit the bottle. This design worked well however we needed more space in the top compartment for the arduino which we didn't factor in.

For our fourth iteration, we realized we needed more room for the Arduino, battery, and buzzer so we extruded the body a little bit more. With that change, we made the whole cap as small and thin as possible. In the end we went from 80mm in diameter to 60 mm in diameter. This Iteration will be the final one and also have notches in the dial so that it clicks into place.

We went into the entire coding process pretty lost. Having done very little coding before, we had to learn the basics and how each component was going to work. We started off playing with a buzzer and a large standard Arduino. We did a very simple code so that the buzzer would go off and on, just to get a feel for what we would be doing. Next out orders of the Flora Arduino and the UV sensor arrived which meant it was time to start the actual code. We hooked up the UV sensor and with a lot of tampering we got it so that when it was in sunlight, the buzzer would sound for a few seconds. This was very exciting because we got a part of what the final code would be down. The rest of the coding excpirience consisted of a lot of trial and error. We had to try hooking up the dial and the program became very tempermental. The final code will have the UV factored in so that when it is over a certain amount of sunlight, and the dial is at whatever your skin tone, it sounds after the certain amount of time that is appropriate.