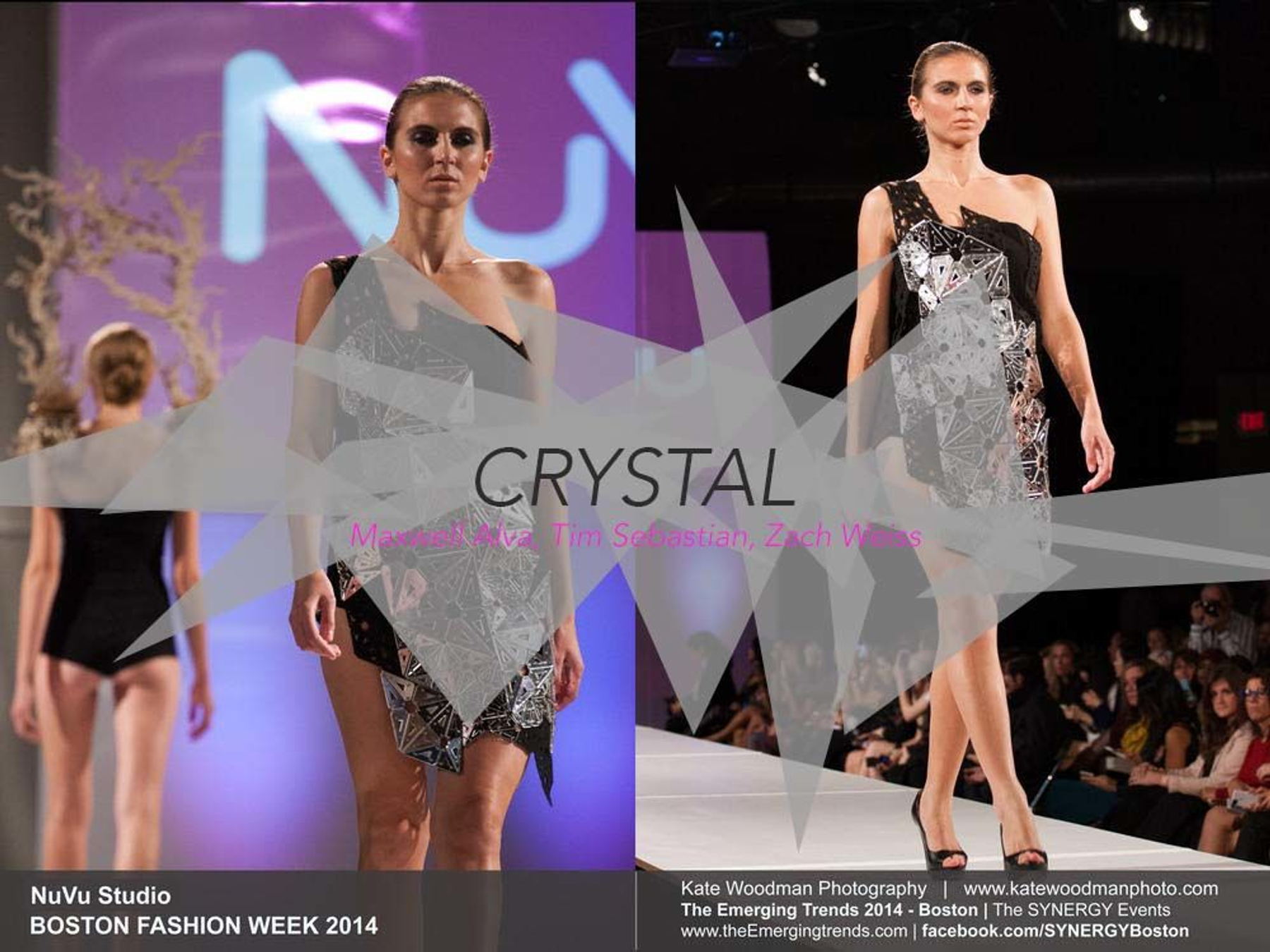 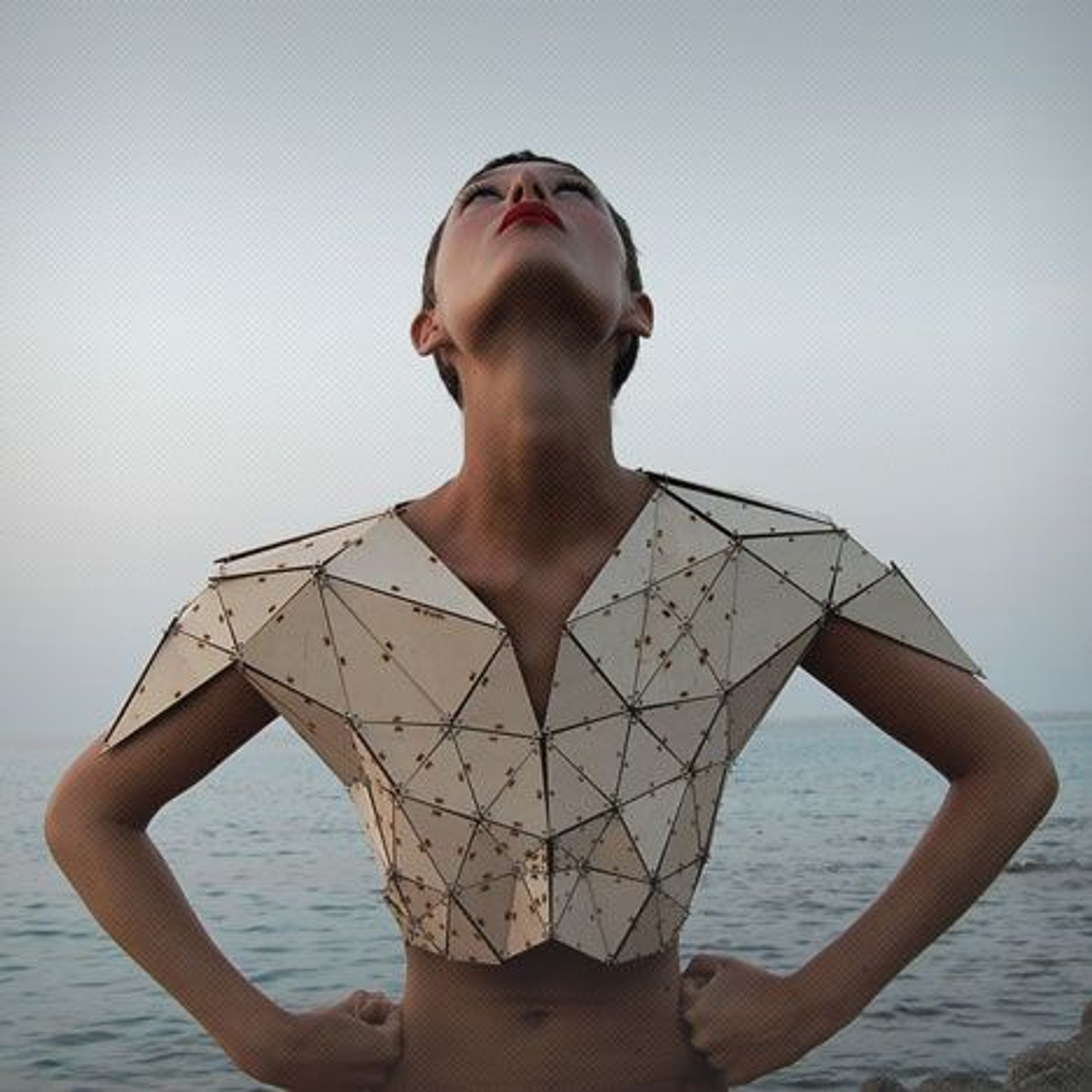 We started off the project by coming up with ways to represent crystals minerals and rocks in a dress. At the time we were unsure of what we wanted our dress to look like, but we just started to sketch ideas and look up images online that inspired us. We were drawn to crystiline structures. After a bit more research we decided that we wanted to use mirrored acrylic mixed with some sort of base material, such as felt or spandex. Our first prototypes were made of paper, then wood and were all based around an original design that we made of the layout for the pieces. We eventually decided on using black felt as the base and having certain areas by covered in the acrylic and some just be felt with the pattern cut into it. The acrylic was attached to the dress by pre cut holes we had made in the pattern. In the end the dress combined the beauty of nature and the modern mood of the city into a good looking creation.